Five trends that will change our cities 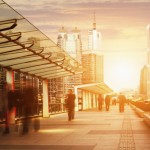 More than 200,000 people move from the countryside to the city every day. The United Nations estimates that as many people will be living in metropolitan areas as there are on the entire planet today. A horror performance for every city planner and city dweller. Just imagine each of these city dwellers driving a car. But these figures also show that our cities must and will change. We dare to look into the future. Which trends will change our cities?

Traffic will by no means be the only problem facing the large metropolises of the future. Raw materials are becoming scarce and at the same time environmental pollution is increasing. In Sao Paulo, almost half of the wastewater ends up untreated in rivers, Beijing suffocates in smog, New York suffers from blackouts and Rome suffocates in traffic.

Cities all over the world will have to learn to organize their gigantic growth. We present five ideas that are emerging around the world and have the potential to change our cities forever.

Trend 1: The “Smart City” - IT for megacities

The intelligent city will emerge. In the PC game SimCity, the player builds a new metropolis on an abandoned square and slips into the role of the omniscient city planner. Economy, education, traffic, pollution - the game shows everything in clear diagrams and data cards. 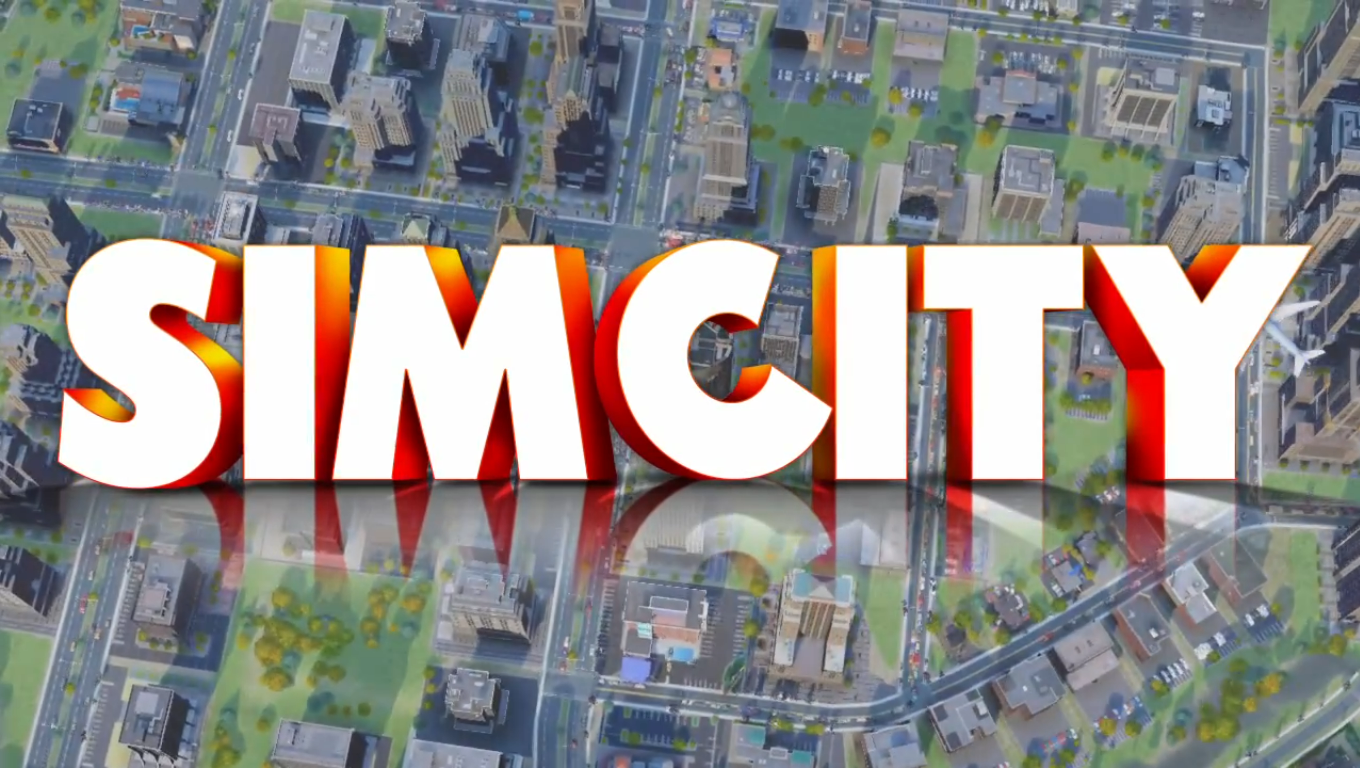 Imagine a real city like a huge organism: streets run through it like blood vessels, parks clean the air (“green lungs”) and energy, food and water keep the system alive. A rather stupid system, because it lacks something crucial: a central nervous system and a brain that can process information from it.

This is exactly what researchers from all over the world want to change. They want to give our cities a brain with cameras, sensors and software.

Here are a few examples: Drivers spend an average of 20 minutes looking for a parking space, as determined by the software company IBM - and so waste tons of fuel. The start-up Maltemedia is therefore testing cameras on corners of houses that spy out free parking spaces and pass them on to the navigation device.

Garbage collection "just in time". The Finnish start-up Enevo has developed a sensor that is supposed to revolutionize waste collection. It reports to a control center when a bin is full - software then calculates the fastest and most efficient route for garbage collection through the city. It then no longer comes weekly, but only when it is really needed.

The designer Mikael Colville-Andersen is a declared car hater. “Cars are city killers,” he says in an interview with the Internet portal Mashable. They polluted the city, clogged the streets, made an incredible amount of noise and caused accidents. Colville-Anderson therefore dreams of a car-free city in which people can get from A to B by bus, train and bicycle alone.

It will probably never get that far - but the car is actually becoming less important, at least on the agenda of urban planners. In the future, you will concentrate more intensely than ever on local public transport and bicycles. The bike in particular has the potential to be the fastest and easiest means of transport.

The city of ten million, London, which has not yet been known as particularly bicycle-friendly, is showing how it can be done. Mayor Boris Johnson is investing one billion euros in new bicycle lanes, for example in a two-wheeled highway from the city's suburbs to the center and a visionary, floating bicycle lane over the roofs. Japan's capital Tokyo is investing in underground car parks for bikes. And New York recently launched one of the largest bike sharing systems in the world, which works in a similar way to car sharing.

An EU study recently determined the potential not only for passenger transport. She analyzed data from 322 cities and found that every second cargo can be delivered by bicycle instead of a van. The delivery service TNT and Deutsche Post, pizza parlors and courier services already deliver to their customers in this way. 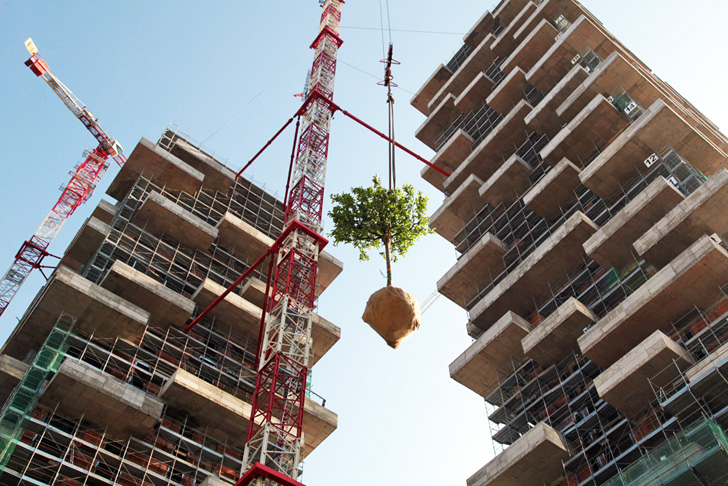 In Milan's “Bosco Verticale”, the vertical forest skyscraper, 900 trees and thousands of plants and bushes grow.

How can a city become greener that is almost completely concreted over? The green spaces are giving way to new streets, the air is getting dirtier. A study found that US cities lose four million trees a year.

This is why so-called farm scrapers are being created around the world, bringing agriculture and forestry back to the centers of the megacities. In Milan, for example, the “Bosco Verticale”, the first vertical forest in Europe, opened. 900 trees and thousands of plants and bushes will grow on the habitable high-rise. In Singapore, architects are reforesting a 20-story skyscraper - a total of 50 hectares of green space is to be created on roofs and facades by 2030. And such green high-rises are also planned in China. They clean the air, filter dust and absorb CO2. 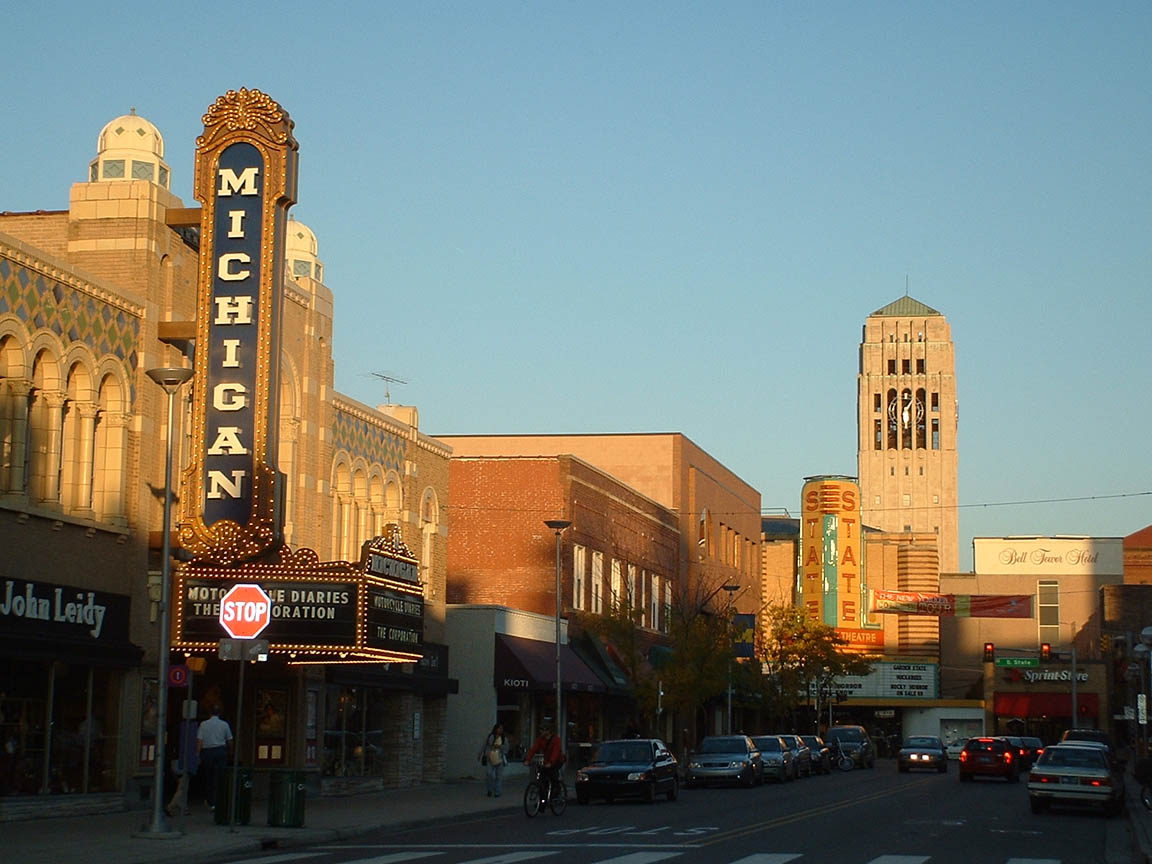 Ann Arbor, west of Detroit, is slated to become the world's first city with self-driving cars. Ford and the University of Michigan are behind it.

Trend 4: Self-driving cars in the city

Ann Arbor, west of Detroit, is slated to become the world's first city with self-driving cars in local traffic. “We want to show that the technology can be safe, effective and commercially successful,” says Peter Sweatman. He is director of the Mobility Transformation Center, an association of government, industry and the University of Michigan who are jointly researching an automated car fleet.

A completely autonomous fleet is expected to drive through the streets by 2021. Sweatman sees great potential in the project. “Self-driving cars make traffic safer and more environmentally friendly”. They could be like taxis that can be called by smartphone. Similar to local public transport, a monthly subscription would be conceivable - and a private car would almost be superfluous.

But it will take some time before companies are ready. Google lets driverless cars drive through California and Mercedes wants to bring the technology to series production by 2020. Recently, a Robotor S-Class drove from Mannheim to Pforzheim without a single intervention by the driver. Growth forecast: around 100 million autonomous cars are to be sold by 2035.

The intelligent house - smart home, one of five megatrends, is about the future of our cities.

Trend 5: Mini power plants: everyone has their own energy supplier

Let's be aware that cities are responsible for 80 percent of CO2 emissions - and outdated houses with an inefficient energy supply make a huge contribution to this.

In the city of the future, every house will be a small power plant that produces, stores and shares energy with others.

The price of solar panels is falling almost every day, while electricity prices are rising incessantly. So be prepared for the fact that roofs will soon be planted with solar modules, like streets with concrete. 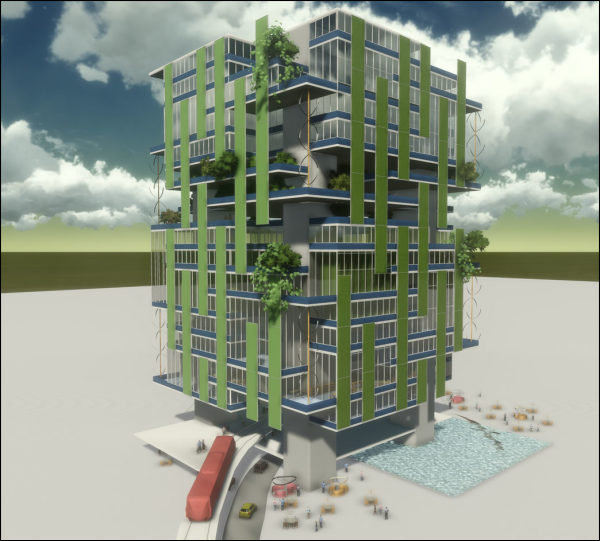 The company Prior1 has developed a concept for a data center whose electricity needs are covered with the help of aquatic plants.

The company Prior1 goes one step further. They want to attach algae to high-rise facades in order to use them to generate electricity. The idea is not so absurd as it might sound, because: Algae absorb climate-damaging CO2 and produce methane through photosynthesis. The engineers want to use this to operate a block-type thermal power station that supplies the building with electricity.

You can also read our article on the subject: “Garbage: Raw material for the mega-cities of tomorrow” >>