Travel report Santo Domingo - the heart of the Dominican Republic

I've been living in Santo Domingo for more than 2.5 years now - so it's high time to write a more detailed blog post about this huge metropolis, because it has many characteristics that make a city interesting: Latin American temperament, one of the most beautiful old towns in the entire continent, a changing appearance and open and warm-hearted people. But of course Santo Domingo is not just pure pleasure, there are far too many problems in this mega-metropolis. But let's first take a look at the positive aspects.

Arrival and overview of Santo Domingo

With around 3 million inhabitants, Santo Domingo is the largest city in the Dominican Republic. It is famous for its colonial zone, the historic old town and at the same time the most attractive part of Santo Domingo.

Santo Domingo is located on the south coast of the Dominican Republic, roughly in the middle of the east-west extension of the country. This central location also makes the capital the country's transport hub, as almost all longer bus connections start and end in Santo Domingo. From here, all destinations in the Dominican Republic can be reached in 3 or a maximum of 4 hours - with the possible exception of the destinations in the far west on the border with Haiti, such as Pedernales, Jimaní, Dajabon or Monte Cristi. 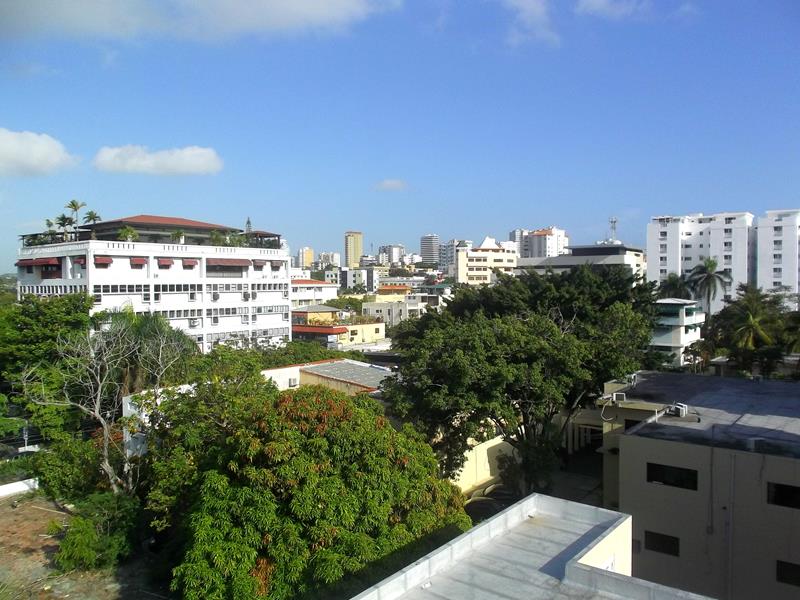 Santo Domingo has a huge expansion, with 90% of the districts being completely uninteresting for the regular tourist as well as for me as a resident who has been living in the city for more than 2 years. Some of them, the classic barrios (analogous to the favelas in Rio de Janeiro, the slums in Port-au-Prince or the townships in South Africa) should even be avoided entirely. But don't worry, you don't accidentally get into such a barrio - the surroundings announce itself by itself, so that with common sense you automatically turn around again.

The Zona Colonial, Gazcue, Piantini, Naco, the two most important green areas (from a social point of view) in Santo Domingo (Botanical Garden and Mirador del Sur) as well as the two sights of Faro Colón and Los Tres Ojos in the east are of particular interest.

But how do you get to Santo Domingo at all? The best, of course, is by plane. Las Américas International Airport is located around 30 kilometers outside the city and is around 30 to 60 minutes' drive away, depending on the time of day. Information about transportation to and from the airport can be found in this blog post.
The best flight options are usually with Jetairfly (from Brussels, usually really great prices), Condor (direct and convenient from Frankfurt) as well as with Iberia, Air Europa and Air France (tariffs mostly fluctuating) from many different airports via their Paris hubs and Madrid. Of course there are also numerous flight connections from the USA (especially Fort Lauderdale, Miami, New York, Atlanta and San Juan), but these are usually rather cumbersome. If there are no cheap flights to Santo Domingo, it is worth looking for connections to Punta Cana or Puerto Plata. Especially to Punta Cana Airport, the No. 1 holiday paradise in the Caribbean and the Dominican Republic, you can almost always find some kind of cheap flight connection. 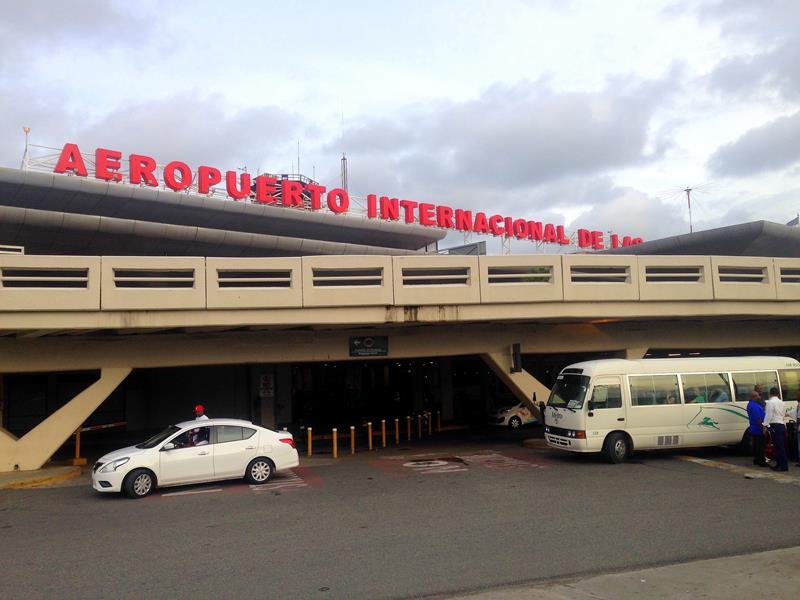 The heart of Santo Domingo - the Zona Colonial

If you visit Santo Domingo, the Zona Colonial will be the first to go. Not only is it the dominant, most attractive and most exciting attraction of the Dominican Republic, but also the most beautiful accommodations - especially small boutique hotels and personally run guest houses - are located here. 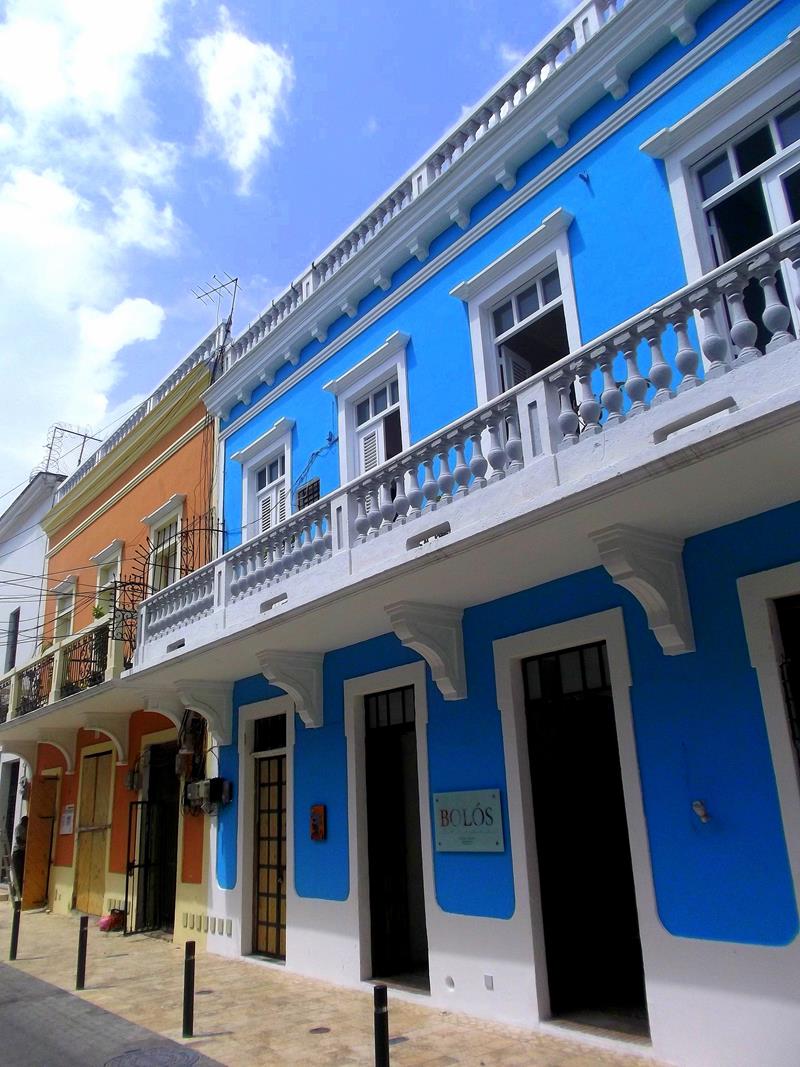 From my own experience, I can confirm that a 2-day detour to the Zona Colonial is definitely worth it. The many colorful houses, the centuries-old buildings, the many small cafes and shops as well as a very active nightlife, especially for Dominicans, in which visitors can mingle, are just some of the advantages that await in the Zona Colonial. I would even go as far as classifying the historic old town of Santo Domingo as the most culturally exciting and worth seeing place in the entire Caribbean. 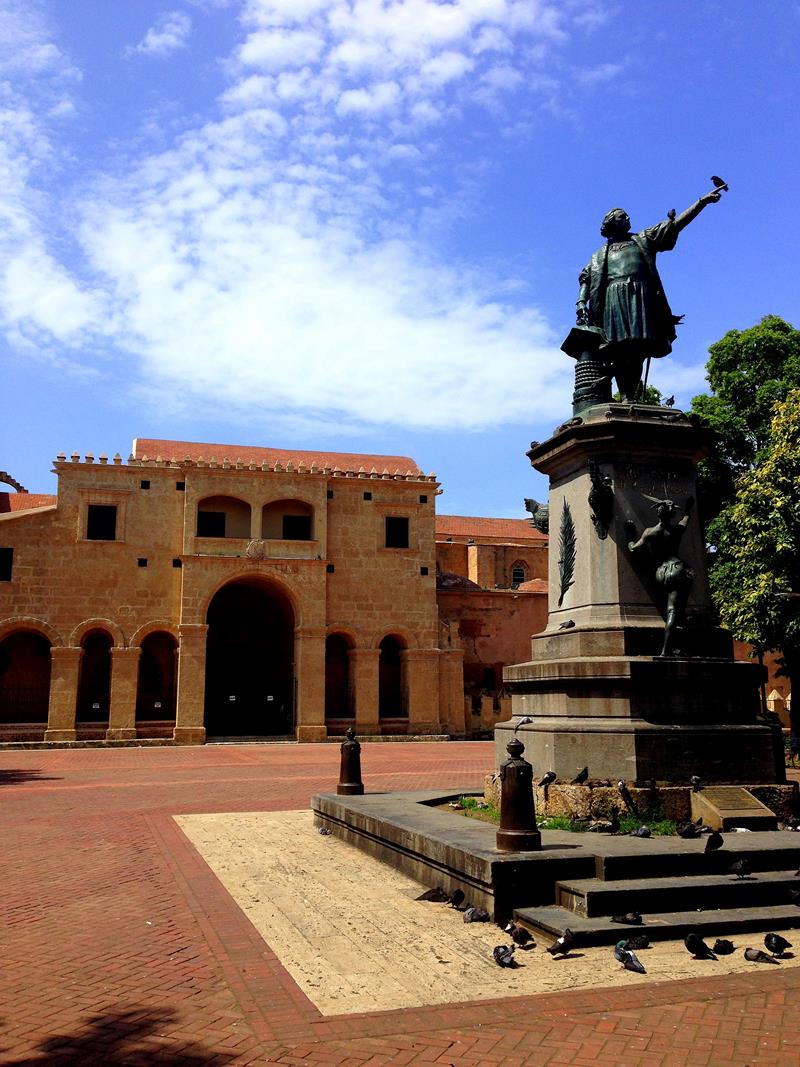 Since I have written a very detailed and separate article about the Zona Colonial, I would only like to briefly address the various aspects at this point.

A city tour in the Zona Colonial is a must for every visit to the Dominican Republic. Particularly worth seeing is the Plaza España with the Casa Colón located on it, the house of Columbos ‘son. 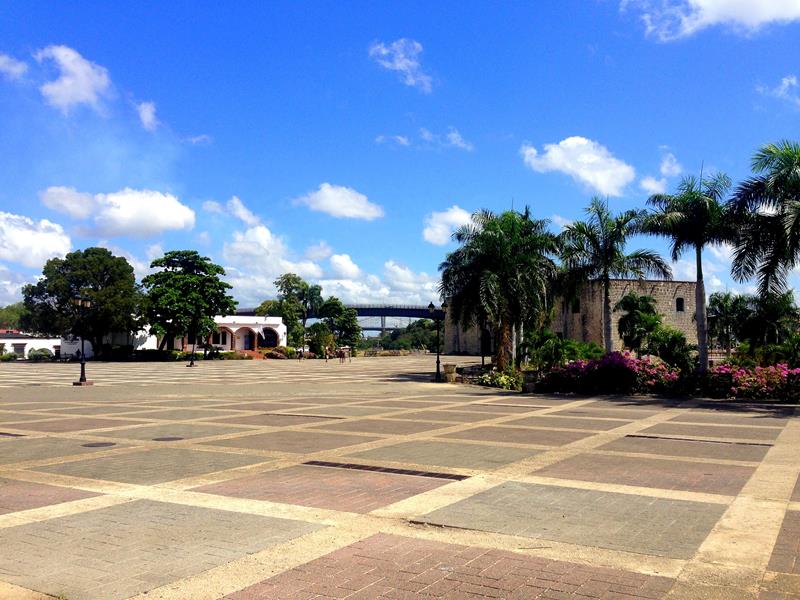 The Museo de las Casas Reales right next to it, which can be visited for a historical insight into Hispaniola and the Dominican Republic, is for me one of the most beautiful buildings in the Zona Colonial in Santo Domingo. 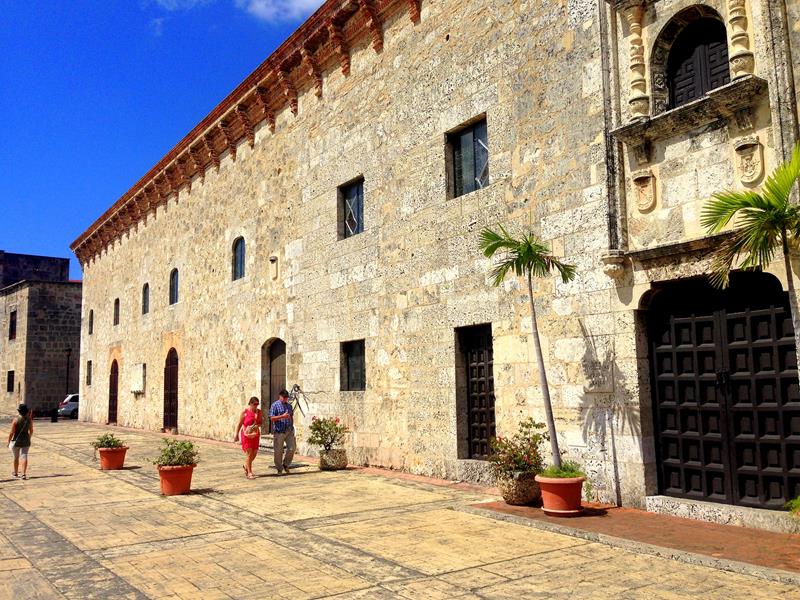 In general, it is especially worthwhile to stroll through the various alleys in the Zona Colonial, collect your impressions and just let yourself drift a bit. Especially because of the many historical buildings, some of which have been nicely renovated, as well as the colorful and individually decorated facades are very worth seeing and allow an exciting tour of discovery through this UNESCO World Heritage Site. 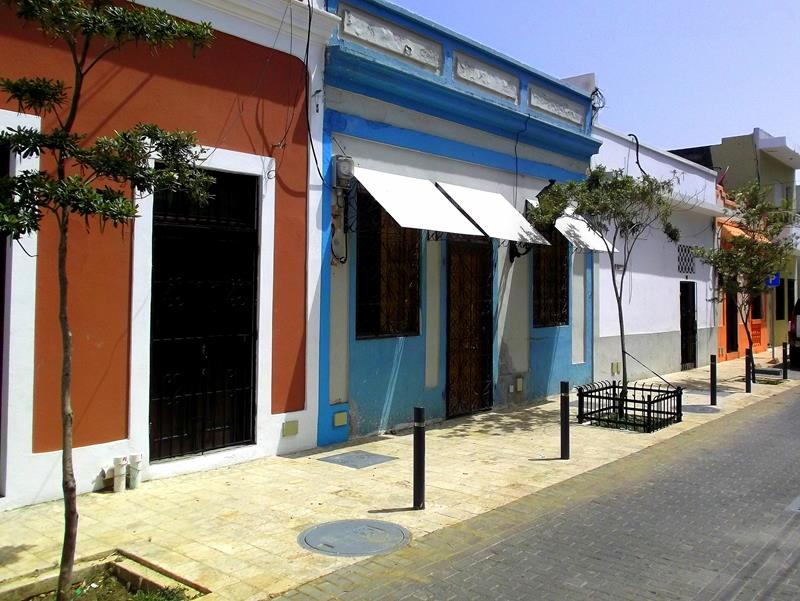 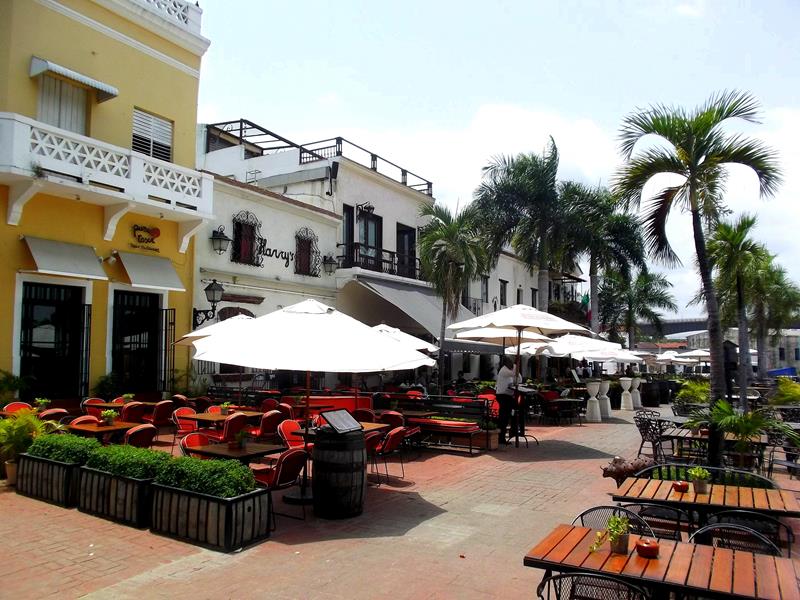 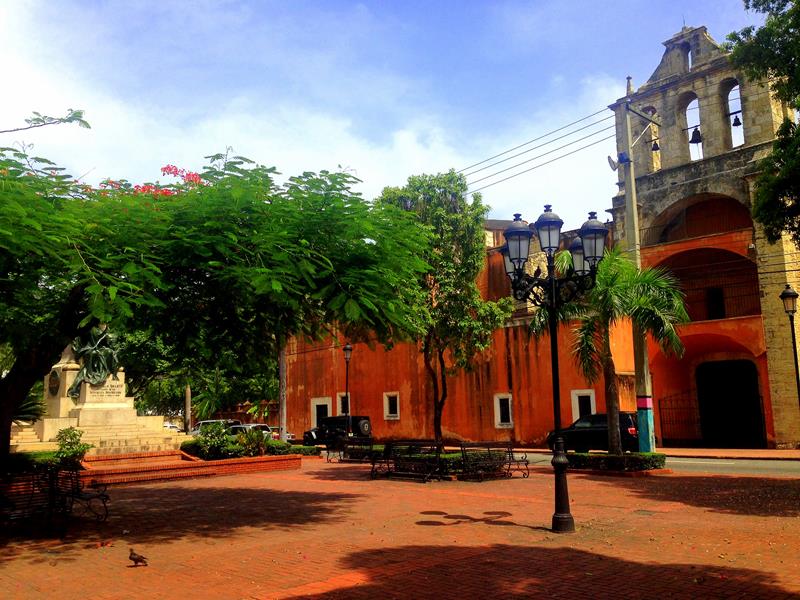 Those who have let off steam with history during the day can then start into the present in the evening - namely into the unique nightlife of the Zona Colonial. First of all, there is an innumerable range of dining options here, from the delicious empanada stand and creative specialty shops to very upscale Dominican and international cuisine in an elegant ambience. You can also find some specific recommendations in the above-mentioned article about the Zona Colonial. 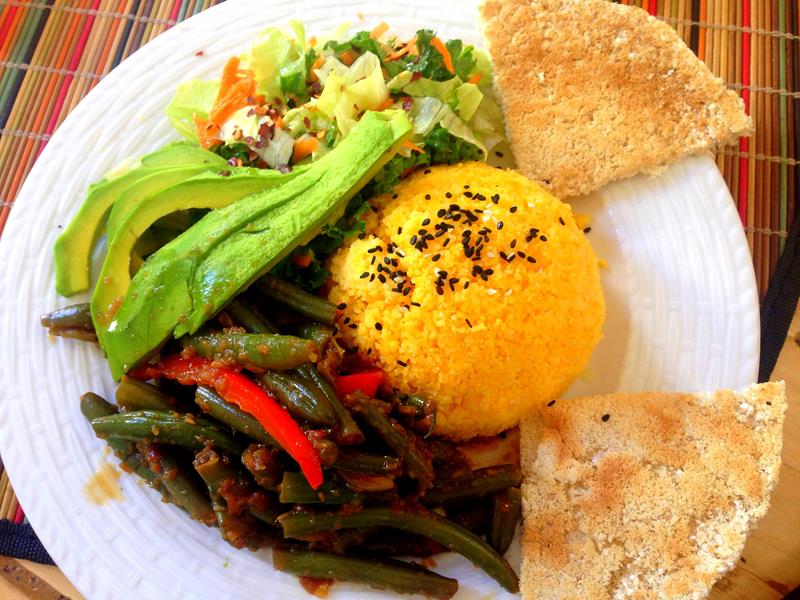 Finally, it continues with the active spots of the Zona Colonial - those where you either immerse yourself in the hustle and bustle of the Colmado or actively shake your legs. The Dominicans love both, and nowhere else in Santo Domingo is both as possible as in the Zona Colonial. Despite or perhaps because of the international orientation, this is also one of the Dominicans' favorite nightlife areas, so that you couldn't get a more authentic picture of the nightlife without immediately attracting attention as a foreigner, as would be the case in the country, for example. What to expect in Parque Duarte, for example, and which other spots you should get to know, can also be found here in the separate article about the Zona Colonial. 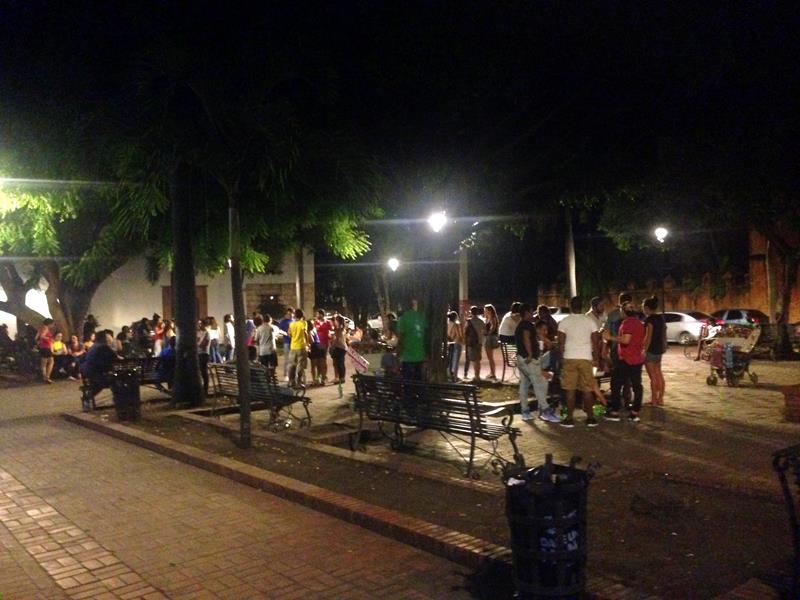 However, I still have to address one special point for evening entertainment, which is also a must-do for those who do not count themselves as night owls: Bonye. This is a free open-air concert that takes place next to the ruins of San Francisco every Sunday from 6:00 p.m. In this impressive historical setting, a band plays the hot Dominican salsa, merengue and bachata rhythms, to which a huge crowd of people happily dances - definitely one of the top sights of Santo Domingo. 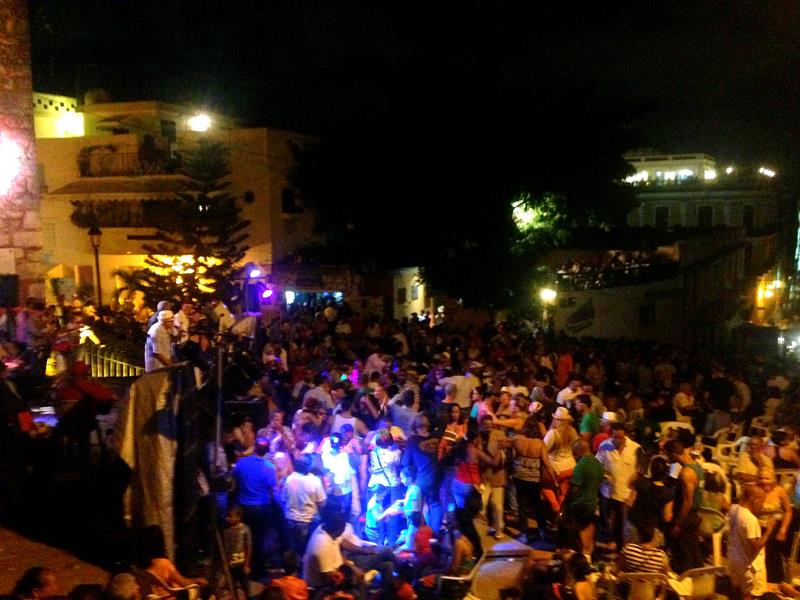 Last but not least, the Zona Colonial is also recommended as a district for your accommodation. It offers the ideal location for exploring the city, is safe, central and you are right in the middle of the action. In addition, the historical buildings offer an ideal setting for authentic accommodation and, in some guest houses, even the setting for a short journey through time. Just imagine you live in a room with centuries-old walls, with a view of a cozy inner courtyard and with historical paintings and authentic replicas - isn't that pure Zona Colonial atmosphere? 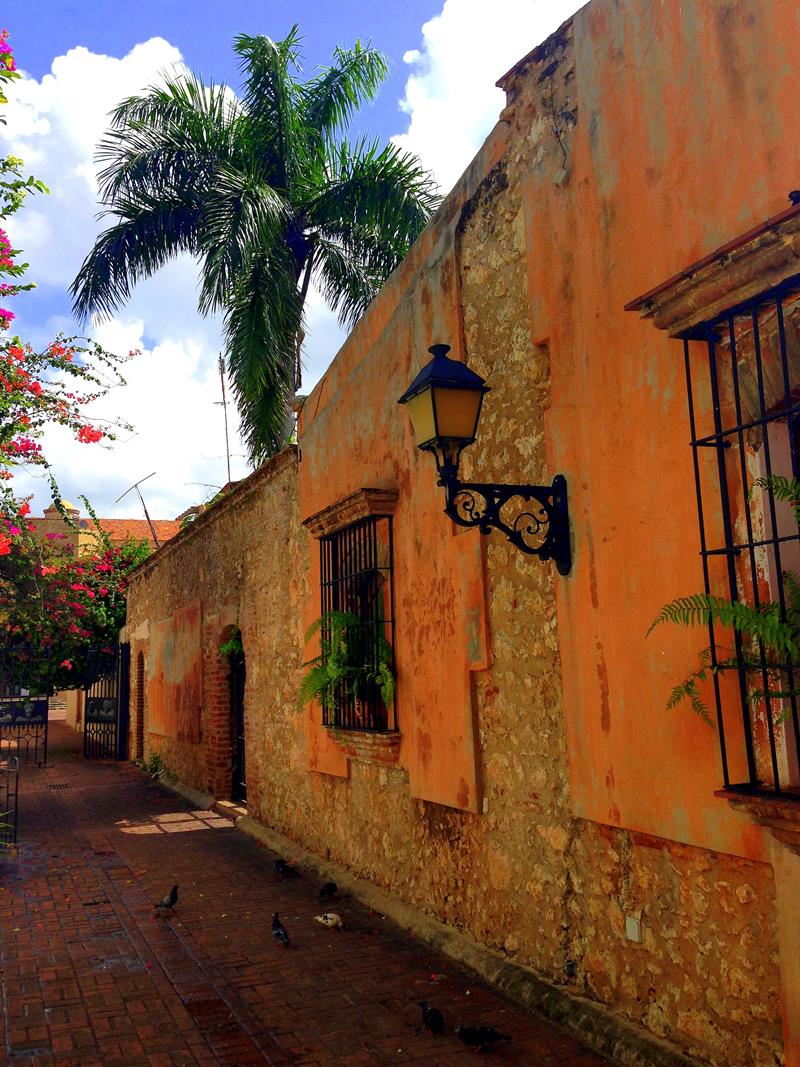 Some recommended accommodations that correspond to or come very close to this picture are, for example, the Villa Colonial 154 or the Portes 9, in the upscale area the Dona Elvira or the Luca Hotel or in the luxury segment the Hotel Billini, the Hotel Nicolas de Ovando or the Hotel Casas de XVI. All of them are guaranteed to have a historical atmosphere - and there are so many more. Just let the photos, reviews and recommendations above guide you when booking your accommodation. One thing is clear, however: the Zona Colonial is a must for your accommodation, unless there are good reasons against it. You can find more about my recommendations for your accommodation in Santo Domingo here.