20 20 vision is the perfect vision 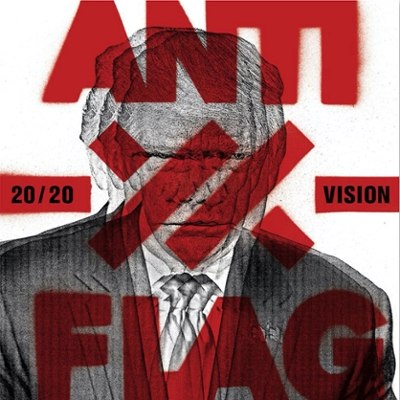 ANTI-FLAG have “20/20 Vision”, that is, perfect eyes and thus continue to have the ability to clearly recognize, name and analyze the problems of the USA and to formulate clever texts from them to catchy music.

You are doing exactly the opposite of your president: You show empathy, take people with you instead of separating and marginalizing. So much commitment, so much clear positioning, but that also meets with distrust, with rejection, as I had to find time and again in the context of this album: ANTI-FLAG, the “one-trick pony”, the band that is repeatedly influenced by political Songs and statements are "annoying", I even made a business model out of them and only repeat themselves with every new album anyway.

Well, you can see it that way, if you want to see it that way and maybe also musically not really what to do with the band, which clearly names their musical roots, as currently Chris # 2 in the Ox interview: “Our musical influences are just THE CLASH and THE JAM, GREEN DAY and DEAD KENNEDYS.

And they all do and did melodic punk rock. ”The“ 20/20 Vision ”produced by Matt Good (FROM FIRST TO LAST) is not an outlier either, and that we only talked about the music for five out of 80 minutes in the interview is not a coincidence.

Chris # 2: "We see ourselves as a tool to reach people who think like us and maybe need a push to act." ANTI-FLAG have become a tool of Agit-P (r) op of their own free will As became clear in many conversations, but not because of the hubris that they are important as a person and thus their positions, but because of the urgent need that someone (everyone!) should do something about all the shit, all the hatred out there, for which the permanently marginalizing and insulting president stands in the case of the USA in 2020.

“Where right becomes wrong, resistance becomes a duty”, one could subsume the motivational situation of ANTI-FLAG again in 2020 and thus counter all criticism with a demanding “And what are you doing to make the world a better place?” ANTI-FLAG “suffer” from a helper complex and yet do everything right: Their texts are pure empowerment for all those for whom Trump's hate speech is not only a pain in the soul, but also an existential threat.

As always, they explain the background in detail in the booklet in supplementary essays, which alone speaks for the LP or CD format, and the music is as gripping as ever. After a short time, songs like “Hate conquers all”, “It went off like a bomb”, “Christian nationalist”, “Don't let the bastards get you down”, “Resistance frequencies” or “Un-American” got stuck , the hit rate is extremely high again this time. 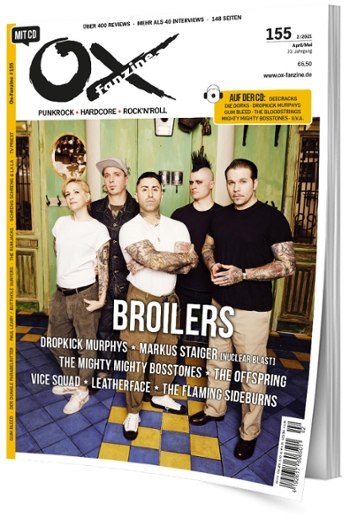 Now in
Trade & in the Ox shop.

If you click on "Accept all cookies", you give your consent for cookies to be saved on your device. This turns on essential functions and analyzes the use of our site in order to be able to offer you the best possible surfing and shopping experience in the future. Privacy / Cookie NoticeImprint
<?