USA is becoming more gay-friendly, Germany is falling behind 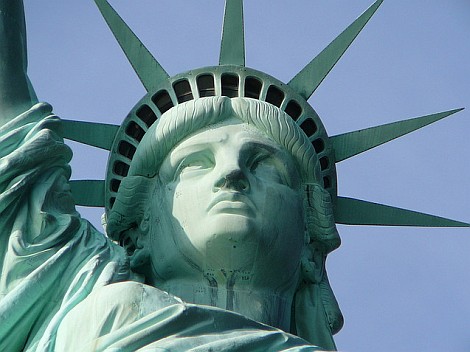 The USA is becoming more gay-friendly - and the state of New York is in the list, yes (Image: mksfly / Flickr / by-sa 2.0)

In the Gay Travel Index, Germany again loses one place, while Sweden emerges as the winner for the third time. The USA in particular has shot up, while India is the biggest loser.

Sweden remains the most gay-friendly travel destination. That is the result of the third "Gay Travel Index", which is compiled annually by the "Spartacus International Gay Guide". In it, the makers of the gay travel guide compare 14 factors that affect the quality of life of gays and lesbians. These include anti-discrimination laws, religious influence in the country or the attitudes of the population.

Second place was shared by the same four European countries with Belgium, France, the Netherlands and Great Britain. Compared to Sweden, they received a slight punta deduction because the anti-discrimination guidelines were better there. Canada and Uruguay are followed in sixth place by the first non-European countries. Uruguay made up three places because the South American country decided to open marriage last May.

As in the previous year, Germany fell one place to 13th. This time New Zealand passed by, which had also put gays and lesbians on an equal footing in marriage law last year. In the last year France had already overtaken the Federal Republic (queer.de reported). This year Germany shares the space with Austria and St. Maarten. Switzerland loses two places and is now in 16th place.

Panama, Taiwan and Fiji have improved by more than ten places. The United States of America also made a leap up: They improved from 38th to 30th place. Because of the large national differences, "Spartacus" created a separate list for the USA in which the 50 states and the capital city territory are assessed separately. Here California, Washington D.C., Massachusetts and New York all won the crown. Your score would have been enough for second place worldwide. The worst came off the southern states of Alabama and North Carolina, which would have shared 90th place internationally with countries such as Lebanon, Cuba or Turkey.

The clear loser is India, which reintroduced homosexuality as a criminal offense in 2013, dropping 15 places to 105th place on the Gay Travel Index. The Vatican ranked 127th among the 138 countries. The last five ranks are also the same as last year: The worst travel destination for gays and lesbians is Iran, followed by the United Arab Emirates as well as Jamaica, Jordan and Russia. (dk)