Since the 1930s, Santiago's population has grown steadily, resulting in heavy traffic congestion and a chaotic mass transportation system. Planning for the construction of an additional underground system began in 1944, but it was not until the 1960s that the project received approval from the government agency. It was October 24, 1968 when the contract for the construction of a 5-line metro and an extension of 60 km was signed in 1990. Construction began on May 29, 1969.

The Santiago Metro went into full operation on September 15, 1975. At that time it was the only light rail system in Chile. Line 1 initially ran between La Moneda and San Pablo. After successive expansions, it reached its current length.

Line 2 was put into operation in March 1978. At that time she was between Franklin and Los Héroes. It was later expanded. Line 5 opened on April 5, 1997 to connect Bellavista de La Florida and Baquedano. It was later expanded in both directions. Line 4 went into operation on November 30, 2005. Line 4A, a branch line to line 4, has been fully operational since August 16, 2006. It runs between La Cisterna and Vicuña Mackenna.

The Metro Santiago had after the implementation of the Transantiago project of immense importance in 2007. As part of the new transport reform plan, the metro system has been renewed, expanded and improved for better service. After these efforts, the number of passengers increased significantly. 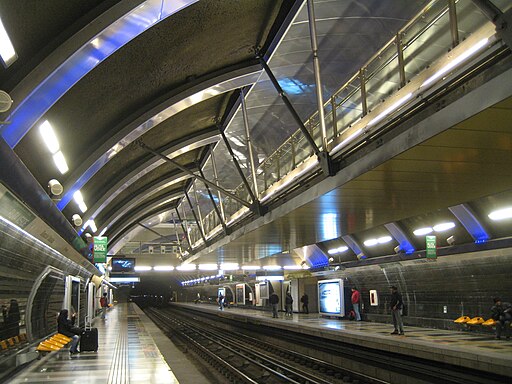 In order to be able to cope with a high number of passengers, the trains have very short time intervals. The subway system ranks 7th worldwide in terms of train frequency.

The system currently has five operational lines, namely Line 1, Line 2, Line 4, Line 4A and Line 5. The Santiago Metro trains are similar to the Paris and Mexico metros. Only the trains on Line 1 have air conditioning. Others use forced air circulation.

This is an east-west line, and it is shown in red on the Santiago Metro map. It is the oldest metro line in Santiago. It is also the busiest metro line in the world, carrying approximately 1.5 million passengers a day.

It is primarily an underground line that connects 27 stations along a 19.3 kilometer route. A transfer to lines 2, 4 and 5 is possible from this line. It runs between Los Dominicos Station and Pajaritos Station and covers the municipalities of Estación Central, Lo Prado, Providencia, Santiago and Las Condes. It takes approximately 36 minutes to take a ride along this line. 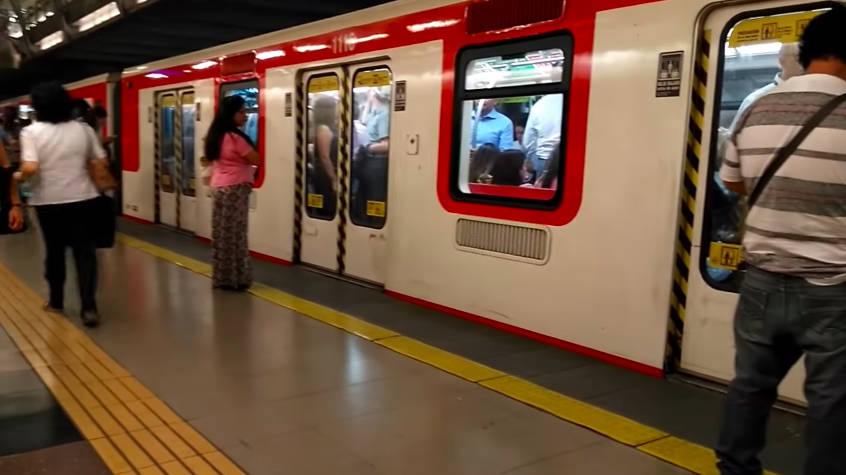 It is a north-south line marked in yellow on the subway map. The 20.7 kilometer route connects 22 stations. It leads from La Cisterna to Vespucio Norte. It offers connections to lines 1, 4A and 5 at various stations. It is also mainly an underground line.

This line take 897,000 passengers daily. The express service is offered on weekdays during rush hour. It includes the parishes of Santiago, Recoleta, La Cisterna and San Miguel. It takes about 30 minutes to do a full trip on this line.

It is a northeast-southeast line and is indicated by the color blue. It serves 23 stations over a distance of 23.9 kilometers. It is partly underground, partly a viaduct. It leads from Vicente Valdés station to Tobalaba station.

From this line you can change to lines 1, 4A and 5. It includes the parishes of La Florida, Puente Alto, Macul, Peñalolen, La Reina, Nuñoa, Las Condes, and Providencia. A full trip on this line takes about 35 minutes. Express service is also available on this line.

Line 4A is a south-southeast line and is indicated by light blue color. It leads from Vicuña Mackenna station to La Cisterna station. The route length is 7.7 kilometers and there are six stations along the route. It intersects lines 2 and 4 and serves as a connection between the lines.

Understandably, there is less traffic than the other metro lines. It takes approximately ten minutes to make a full trip along this line, which includes the parishes of La Granja, La Florida, La Cisterna, and San Ramón.

It is a southeast-southwest line and is indicated on the map by the color green. It leads from Vicente Valdés to Plaza de Maipú and connects 30 stations. The route is 30 kilometers long. From this line, passengers can transfer to lines 1, 2 and 4. It carries 39.5% of daily underground traffic.

It is partly underground, partly a viaduct. A full trip on this line takes around 45 minutes. Express service is also offered on this line. It serves communities namely La Florida, Santigo, La Prado, Maipú, etc.

The system is continuously being expanded. At the moment there are two other lines under construction.

Line 6 will connect Providencia with Cerrillos. There are eleven stations along a 15.3 kilometer route. Line 3 connects La Reina and Huechuraba on a 21.7-kilometer route. There are 19 stops along the route. Line 3 can be extended to Quilicura in the northwest. Line 2 can be extended by a further 8.8 kilometers in the south. All of these expansions are slated to begin the revenue service by 2020. Another new east-west line, Line 7, has been proposed but nothing has been completed yet. 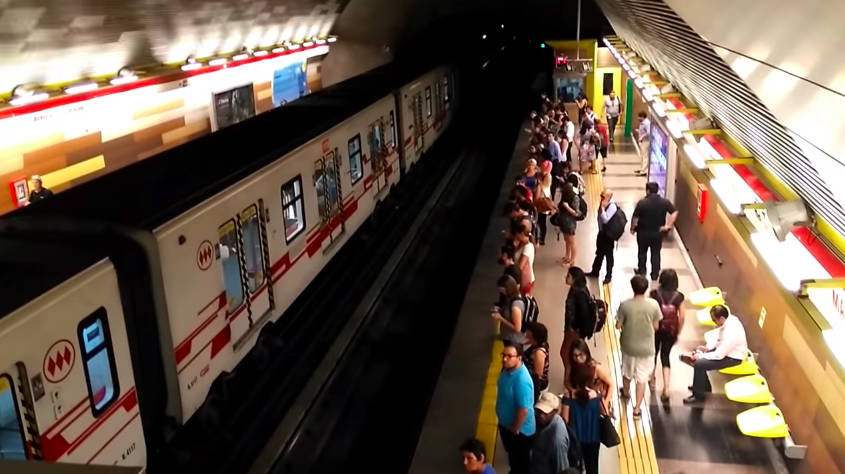 As part of the Transantiago, an integrated local transport network, the Santiago Metro uses a tariff system that enables easy transfer from a subway to other public transport in the city. Transfer from the subway to a bus is free, but the return transfer is $ 20 (off-peak hours) or $ 100 (off-peak hours). The transfer should take place within two hours of the start of the first trip. A maximum of two transfers are allowed.

Single tickets are also available, but they do not allow transfers. The price for a one-way trip does not depend on the length, but on the travel time. Transportation is $ 740 during rush hour, $ 660 during off-peak hours on weekends and holidays, and $ 610 during the late and early hours of low traffic. Students and seniors get a discount and pay only $ 210.

Further information on the tariff system is available here.

For the convenience of underground users, the authority provides the following facilities and services:

Before using the service, find out about the rules of the Santiago Metro. 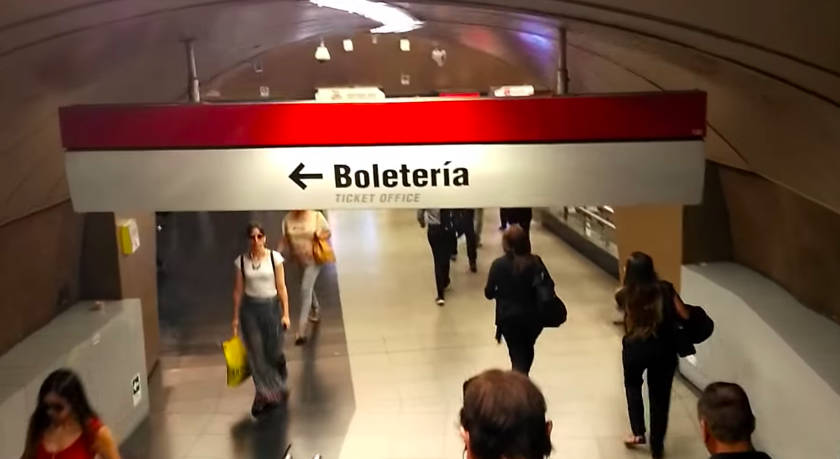 Here are a few tips to help you better enjoy your metro ride.