opinion Why the Swiss burqa ban sends the wrong signal

After Austria and France, there is now a ban on full veiling in Switzerland. But are the initiators really interested in women's freedom? 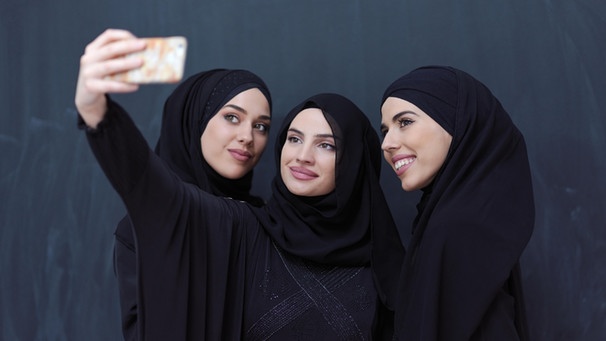 First of all, two important statements so that we can clarify the fronts (very important with this topic, where the opponents have holed up deep in trenches): No, the headscarf is no protection for women. And yes, only after we have banned nuns from wearing the habit can we ban the hijab and burqa.

The victims are reassigned as perpetrators

At the same time, 99 percent of all Egyptian women complain that they have already been the victim of harassment. So when men ask women to cover up, it is not to protect them, but to lock them up. Incidentally, the Islamic scholars of Azhar universities also decidedly deny that a man has the right to molest a woman. So the whole thing has little to do with Islam.

Dilemma with no easy solution

Nevertheless, I take care not to forbid full veils or the headscarf. Because there is a big difference between the headscarf wearer and political scientist Kübra Gümüşay, who has decided to wear a headscarf, and those women who are forced to do so by men, sexist legislation and moral guards. The problem: which freedoms do we curtail by making a freedom a duty? Are we perhaps counteracting the actually honorable project of protecting women from oppression?

The Iranian filmmaker and comic book author Marjane Satrapi, who lives in France, sums up this dilemma perfectly in an interview with "Freitag": "I hated wearing the headscarf. I hate it to this day and I know exactly what it means, having to wear a headscarf. But who on earth am I to explain to others what would be good or bad for them? "

For Satrapi, the freedom to choose clothes is a human right - and it is by no means as universal in the West as is always claimed, but gender-specific: "Everyone has the right to believe what they want, to dress how they want - and to live as he wants. (…) Why, for example, shouldn't women be allowed to walk topless on the streets in summer? Men do that too. It is a mystery to me why women's nipples should represent a greater provocation than men's. "

Why do we give the cultural rules of our culture a higher priority than those from the Islamic cultural area? Why don't we cry out when mothers at airports in the United States have to go to a closed room to breastfeed their babies? We are mammals. We would not have survived without women feeding babies breast milk. And yes, there are peoples who seem to have no problem with women walking around with bare chests - why don't we orientate ourselves on them?

From a purely visual point of view, they are way ahead of us when it comes to equality. And by the way, we have already been further in Europe: Even the Catholic Church found the representation of Maria lactans, the breastfeeding Mother of God, not offensive, even if a nipple was visible. And one more digression: Sigmund Freud was convinced that there was such a thing as penis envy. I am convinced that men feel a milk gland envy, otherwise they would not try to protect themselves from this sight. The truth is, there is hardly anything better than seeing a baby fall asleep while breastfeeding after breastfeeding.

Values ​​are universal. This sentence is one of the great master stories of the West to mark a supposed deficit of all other parts of the world. But then everyone who advocates the headscarf ban would also have to forbid the nun's habit. Without such equal treatment we are dealing with one-eyedness, with a partial blindness that actually only wants to forbid what is different, but to which the self-determination of women is completely indifferent. 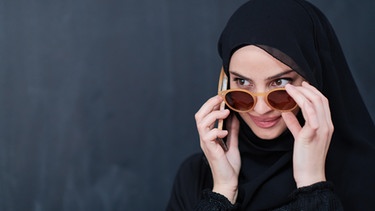 The debate about the headscarf is woven with a conceit that makes it difficult to separate the arguments clearly: a feeling of superiority, of progressiveness. But because we have the feeling that we are more modern, more scientific, and freer than the rest of the world, are we actually it? One argument to protect one's rule in the colonies was to free women from oppression. To do that, the colonial officials had to suppress all of society. Was it about freedom or about legitimizing their power? So how much hubris and hypocrisy is there in this debate? Was it really only the Arabs who failed to clarify?
As we have known since Michel Foucault at least, we are shaped by discourse, i.e. the way our thinking was shaped by society. And the story that the Orient is backward has been around for over 100 years, as Edward Said convincingly demonstrated in his large study "Orientalism".

Does that distort our view? For sure! A certain humility helps, otherwise we will judge prematurely, only after the Germany-gets-rid-of-itself-inspection or we-have-to-protect-Switzerland-from-extremism. Yes, as far as I am concerned, women can dress however they want. Highly closed or open-hearted, without having to fear being disgraced as a blue stocking or femme fatale. This commitment to leave the freedom of choice to women also applies, although I fear that many girls and women do not voluntarily wear the veil - the pressure in their families and on the streets is too great. But the sexualization of the female body through the male gaze is not a purely Islamic matter. If you keep this in mind, you treat women differently - both those with a headscarf and those without.