How can we rewind the doomsday clock

In this article I will introduce some more artistic and other less artistic approaches that were interesting in the context of my work - either because they represent deviations from a uniform time, because they inspired me, because they pursue similar interests, or simply because they have an unusual way of dealing with time that is worth thinking about.

Lyoudmila Milanova holds a spot of light, created by the light of the sun, in the same place in a room throughout the day. This is done using a movable mirror. A second motorized mirror moves a light spot created by a fixed light source across the wall. Here not only the positional relationship between earth and sun is canceled or questioned, but also humans are identified as being who can escape the natural rhythm and create their own artificial ones. The work shows how man is now independent of the sun by “freezing” the real sun and being able to artificially reproduce its actual course. It puts human power over cosmic processes. The time that is dictated to us by sunlight is undermined and man is now master of time and the division of day and night rhythms. 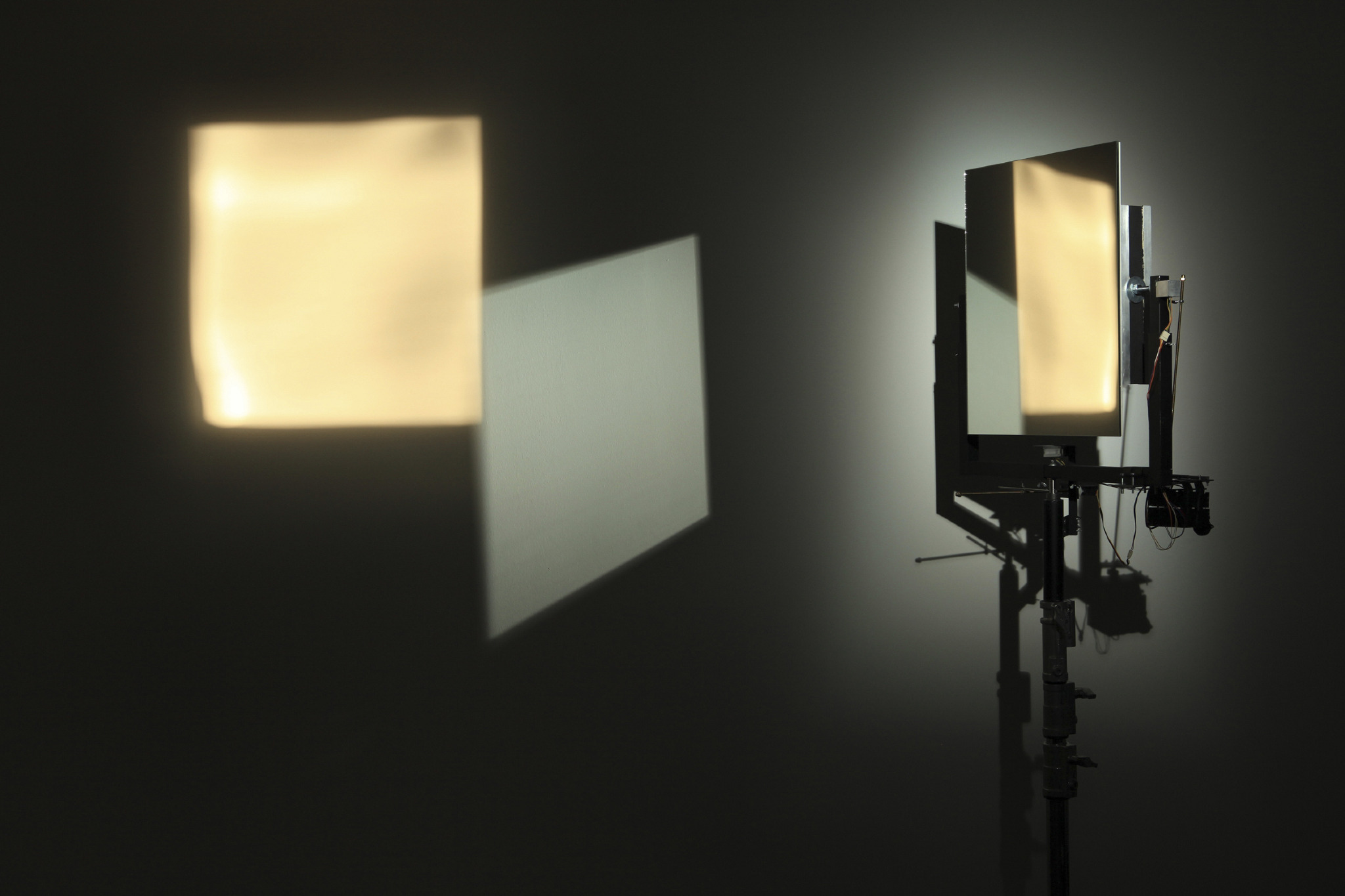 In the 1999 work Zócalo, Francis Alÿs films the main square of Mexico City, on which there is a huge flagpole. Some of the people standing in the square walk slowly with the shadow of the mast to protect themselves from the scorching heat. They become the hand of the human clock, a symbol of how man has to orientate himself towards nature. 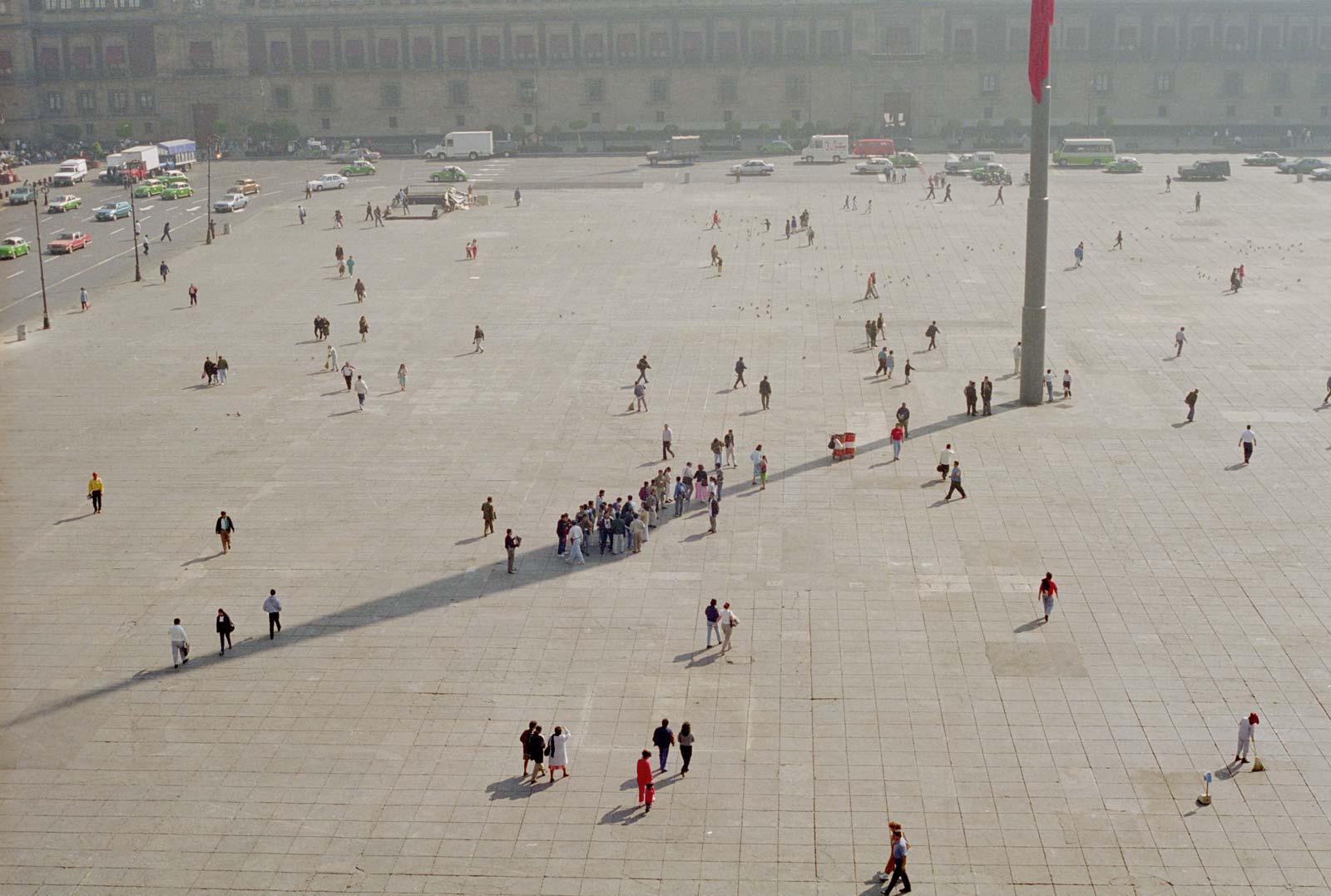 The Square Circle clock by Swiss watchmaker John Ermel scrapes the time from the corners of the dial with the help of its hands. The hands do not simply move in a circle, but also lengthen and shorten depending on their position in order to extend into the corners of the clock. The corners, which are actually something superfluous on a watch, are used here with a highly complex process. The senseless is filled in, the time no longer seems to run uniformly here, but fits into the architecture of the clock face. In my opinion, this watch is much more of an artistic work than a design work, as it defies any efficient thinking. 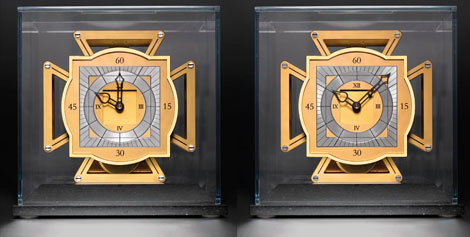 The representation of time has become more and more abstract in the course of human history. With sand and water clocks, elapsed time was given in quantities. The sundial and the dial clock work with lengths and directions that indicate specific points in time in a day. In order to be able to read the time, a mental performance is required. The length ratios on a clock must be transferred to the time division of the day. The clock hand or shadow is the one that represents the current hour. The divisions on the clock face are assigned numbers that indicate the time. The classic pointer watch has a double assignment for each pointer position, as the pointer makes two revolutions in the course of 24 hours. In addition to the abstraction of length transmission, there is also the transmission from position to number and that of double assignment. The digital clock then only uses the numbers to display the times. The mental retransmission of numbers to pointer or shadow positions is no longer necessary because humans have learned which number of hours means which time of day, whether it is time to get up, to sleep, to eat or to work. This digital sundial (which can be produced with a 3D printer), which uses sunlight to represent the current hour as a number, creates an interesting relationship between the abstractions of time.

There are two different approaches to cancel the abstraction of the double assignment of the pointer position of wheel clocks. John Ermel solves this elegantly with his Cyclos Watch. Here, the path of the pointer runs differently during the twelve hours of the day than at night (www.cyclos-watch.ch). Less elegant, but instead with the promise to create a more conscious use of time, the developers of the slow watch proceed . It is a clock whose hand only makes one turn in 24 hours. The dial is designed in the same way. This watch is advertised a lot in social networks as a watch that gives you more time and that should make life slow again. It is a clock with the paradoxical goal of reintroducing slowness. Ultimately, it is nothing more than a clock that makes it difficult to read the exact time due to a small scale.

Paik stops the time on his TV clock by statically displaying two times twelve pointer configurations on 24 screens. He chooses the volatile medium of the television picture in order to freeze the otherwise volatile movement of the pointer. The screens show the same thing at all times. The monitors are set up next to each other so that all times (represented by the hands) exist in parallel. It appears like one or more dismembered clocks that show the possible pointer positions as a model, but without showing a time.

The 4th Dimension Clock from the Taiwanese design studio 22 Design does not show the time on a two-dimensional clock face like ordinary clocks, but lets its pointer climb stairs. So time is given a third dimension. The problem with this is, of course, that the pointer has to fall down again at 12 o'clock because it cannot rise indefinitely. That means, this watch does not manage to break out of the circularity either. However, it nicely illustrates the idea of ​​time running in a spiral. I also find the aspect interesting that the steps in the clock are made of concrete, the material with which we normally build / delimit rooms. Here, time and space are entangled in a wristwatch.

Verena Friedrich tries to break out of the natural life cycle. With her “Vanitas Machine” she lets candles burn on a low flame with minimal oxygen supply and extends their service life to a maximum. In Friedrich's work “The Long Now” a soap bubble hovers motionless in one place and the point in time for the bubble to burst is artificially delayed.

The Waiting Machines by Hannes Waldschütz are reminiscent of the Ultimate Machine, but go one step further in that the machines do not switch off immediately after being switched on, but rather for different events (The apparition of God, a random point in time, no longer waiting for it ) waiting. The waiting, which one might assume is reserved for humans, is now also taken over by machines from Waldschütz.

Is a game in the form of a smartphone app in which the player has the fictional disease “time cancer”. Accompanied by the ticking of a clock, he moves through the waiting room and is confronted with sentences such as "Our inability to do nothing hides our inability to do something". The player has to waste time pointlessly. This is illustrated in such a humorous way that he can even enjoy waiting. Time cancer can ultimately be cured by wasting time. 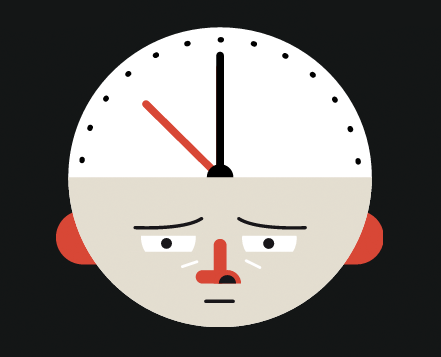 The app by Julian Pörksen, author of the book Waste Your Time, has a similar goal. In his ultimate game, the player has three options. either win or lose the game at the push of a button, or start wasting time. if he does so, a countdown is shown on the display, if you touch the display before the time is up you lose the game. The game is made pointless by the fact that it can be won or lost at will. The waste of time is raised to the level where it doesn't matter to waste time or not to do so.

Last but not least, a reference to the doomsday clock, which has moved half a minute closer to the end of time due to the current occasion (the inauguration of Donald Trump). http://weltuntergangsuhr.com/