How do I avoid offending transgender people

"He grabbed me with the remark, 'Real tits, you bitch?' on the chest. "

In a survey, BuzzFeed News asked more than 650 queer people what abuse they experience in everyday life. The answers show that violence is still part of everyday life for many LGBT * s in Germany.

Almost a quarter of the people who answered us are trans. They are particularly hard hit by hatred and violence. This is confirmed by an EU study from 2013: A quarter of those surveyed have been victims of attacks or threats of violence in the past five years - 35 percent of transgender people, on the other hand, experience this, i.e. significantly more often.

Here are 23 responses from trans people who told us about hatred and violence in their everyday lives. 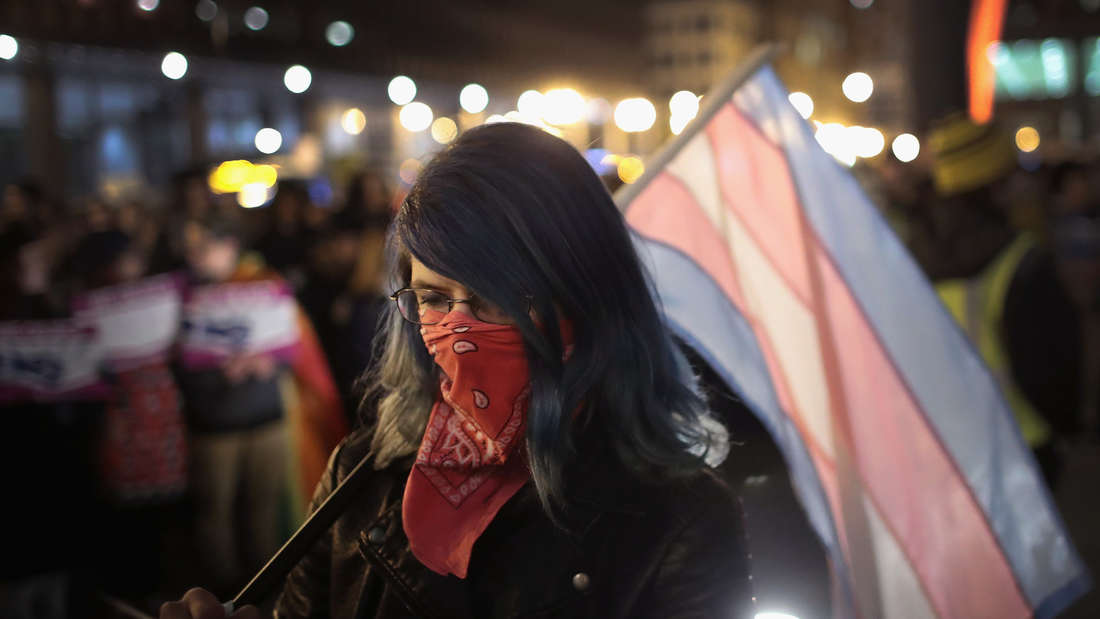 I finally gained the confidence to wear a tie to minimize chest size in public, and also applied masculine make-up. Was directly looked at strangely by a person and asked where my tits are. I replied politely that this was my business, not hers. Then I was insulted I was probably "a dirty tranny". I am much more beautiful as a girl and only act like that for the sake of attention, I am abnormal and dirty. God don't make mistakes.
- Trans / non-binary, pansexual, Berlin under 18Years

2. “I was waiting for the train and a man bullyed me and called me 'trans-pig'. Then he came up to me and pushed me so that I almost fell. "

3. "She made it clear that she will not accept my identity."

I told the person that I would like to be addressed by a name other than my maiden name, as I do not consider myself female. She then said (in a rather disparaging tone) that it was bullshit and she wouldn't do it. That's my problem and I shouldn't do anything with her if I can't deal with it. In the “discussion” that followed, she made it very clear that she would not accept my identity.
- Trans /non-binary,pansexual, Bavaria, 18-24 years

4. "I was held and my pants pulled down and then touched and looked at."

5. "All this gender shit" is newfangled nonsense.

I came to the study office to ask whether the university would allow a name change in the student files via the additional ID of the DGTI [German Society for Transidentity and Intersexuality]. In addition to being rejected, I got to hear what "unnecessary nonsense" that was and that "all this gender crap" was newfangled nonsense anyway.
- Trans /non-binary, asexual, Saxony-Anhalt, 18-24Years

I grew up very conservative, a free church, a charismatic-fundamentalist congregation. Of course, it was clear to me that an outing would not go down well with my family. [...] I was 28 years old and had invited my parents and siblings to come to me to come out. I knew for sure that after that my family life would never be the same again. [...]

There were suggestions to do Christian therapy (read “pray away the gay”) to get me back to normal. Because homosexuality and such would be diseases and God can heal them. There were also a few secular sayings like “I also played soccer as a child, am I a boy now too ?!” and “I gave birth to you, I know exactly that you are a girl!” ... What should I do? you still have to say. 🙄

In the end, I have lost contact with my biological mother and younger siblings. I have a good relationship with my papa, he tries hard. He doesn't call me by my male name, but he doesn't use my maiden name either. We can both live with that very well. If the sentence structure absolutely requires a pronoun (which is seldom the case - I admire its grammatical agility), then it uses masculine pronouns. My big brother accepted me completely and treated me like a normal guy. (It should be said that he has turned away from the whole faith, just like me. Otherwise that would probably not be possible for him either)
- Male / trans, pansexual, Lower Saxony, 25-35 years 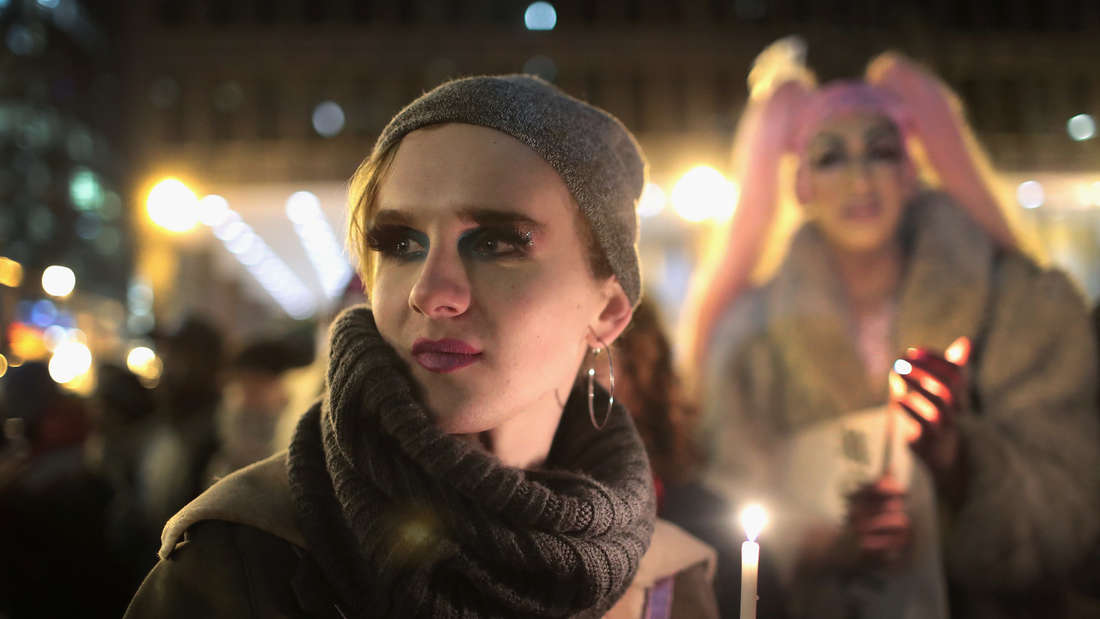 7. "I have been sent suicide warnings, rape threats, and threats of violence against me, my pets, and friends for three days."

I defended a minor on Twitter who was badly insulted by several other Twitter users because of his sexuality. As a result, for three days I was sent en masse suicide warnings, rape threats, verbal abuse, threats of violence against me, my pets and friends, and threats to come out and murder me in my private life. Among other things, I was insulted several times as a life unworthy of life or threatened to gass myself if 'they' came back to power. I have reported and blocked over 150 accounts, Twitter has temporarily blocked two of these accounts. They found a photo in which I was partially visible and inserted it into pictures of dead animals using image processing and distributed it - with the false statement that I would torture animals and molest children.
- Fluid, bisexual / queer, NRW, 25-35 years

My mother keeps telling me that I am binding, trying to speak in a deeper voice or dressing in a masculine manner. I'm out, but she doesn't accept that, she mostly makes fun of the things mentioned above. She refuses to use my real name, much less my pronoun. The last attack was yesterday when it came to the subject of "All men are trash". I made a statement that criticized men as a group and she replied, “Not all men are like that. And besides, you are one too! "
- Trans / non-binary / transmasculine / genderqueer, pansexual / asexual, Bavaria, 18-24 years

10. "The people had maximally contemptuous looks for me."

Hermannplatz subway. One person wanted to steal my handbag (pink with a boot pattern) because I was a "fagot". The person did not let go of the bag for several minutes and continued to threaten me afterwards. The situation went so far that I looked around for bottles as a defense. The whole thing took place on a full subway platform, the people had maximally disdainful looks for me. The incident burned itself in because there were probably 150 people present who not only did not intervene, but most of whom could also have been perpetrators. I can't say for sure that they didn't support the other person.
- trans / non-binary / female, lesbian / pansexual, Lower Saxony, 18-24 years

12. "An acquaintance of a friend wanted to 'test whether I am really a woman'."

The first trans-hostile assault: I was 18 years old and at a carnival party. I was disguised as a ghost, so other people could only hear my voice (quite deeply) and that I was addressed by friends using my "feminine" first name. An acquaintance of a friend wanted to “test whether I am really a woman” and grabbed my chest with both hands so suddenly and forcefully that I almost fell over. I remember that so strongly because it was the first physical assault.
- Trans / non-binary, lesbian, Berlin, 25-35Years 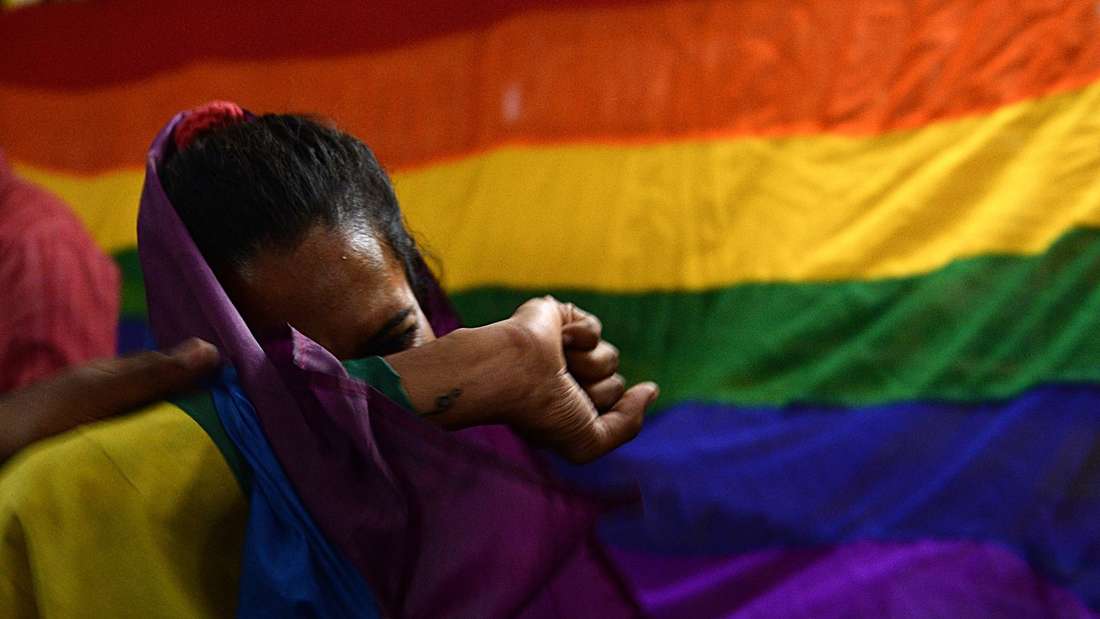 I was with a therapist who specializes in trans who has denied me my non-binary identity and who did not want to treat me because of my identity. Then I went to another psychologist who was not interested and who avoided the topic as much as possible, even though she promised to find out more. I was denied the way to a transition because I am not "trans enough".
- Trans / non-binary, bisexual / pansexual, NRW, 18-24 years

14. "A student pushed me against the wall and grabbed my chest."

At 16, another student pushed me against the wall in the school hallway and grabbed my chest, laughed and was cheered on by other students in the hallway.
- Trans / Non binary, Asexual, Saxony-Anhalt, 18-24 years

15. "I was knocked unconscious several times in a public train station."

When I was 18, I was knocked unconscious several times at night by a group of people in a public train station. I actually wanted to wait for my taxi in the train station because the guys outside seemed so scary to me, but was kicked out by an employee who wasn't interested in my worries. He didn't show up later and the taxi drove away again. Since people had also taken my wallet from me, two days later I received an extremely unfriendly reminder for the ambulance and the emergency room. [...]
- Trans / non-binary, lesbian, bisexual, polysexual, enbysexual, homosexual, NRW, 25-35 years

16. "They shouted insults through the bar like: Trans * are disgusting."

First they shouted insults through the bar like: Trans * are disgusting; People who cannot decide what gender they are would be freaks. Then they threw a plastic bracelet at me (these sports bracelets). When I confronted them, they threatened me with stress, insulted me, and threatened to beat me if I didn't go away.
- Trans, lesbian / heterosexual, Baden-Württemberg, 18-24 years

17. “I am repeatedly ridiculed or insulted on the street. The insults are mostly: this is a man, this is a tranny, fagot, hooker, cunt ... just the usual. "

I came home from a concert in the evening and took the S-Bahn home. On the S-Bahn, this man sat across from me and stared at me incessantly. He stared at my chest, at my legs, and tried to make eye contact. I got up and sat in another empty seat. The man followed me and sat down in the row of seats opposite. [...] A short time later I got out and was waiting for my bus at the bus stop when this man suddenly stood with me again as if out of nowhere. He grabbed my chest with the remark "Real tits, you bitch?" I yelled at him as loudly as I could, so he turned and walked away.
- female / trans, pansexual, NRW 36-45 years 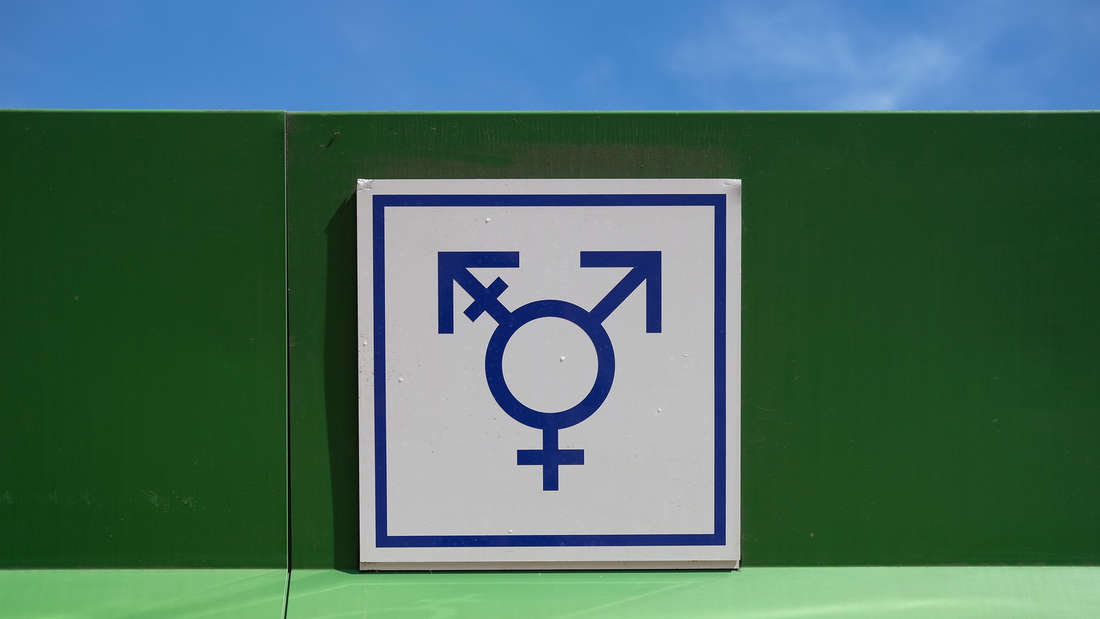 19. "Compassionate: 'It's not your fault that you have Satan in your genes'."

20. Refusal to sit in an office with me (workplace)

21. "Even when I'm 'just' stared at, it always feels like the situation could escalate at any time."

People often look / stare at me, switching between face and chest, sometimes verbal abuse occurs. This was followed by physical assault three times (not last year). Even when I'm 'just' stared at, it always feels like the situation could escalate at any time. - Trans / Non binary, lesbian, Berlin, 25-35 years

23. "There would have been no such thing under Hitler."

Nasty comments were left on the pictures of me kissing my boyfriend. For example: "There would have been no such thing under Hitler." I was also attacked verbally, for example my dead name was used.
- male / trans, gay / sisexual, Lower Saxony, under 18 years 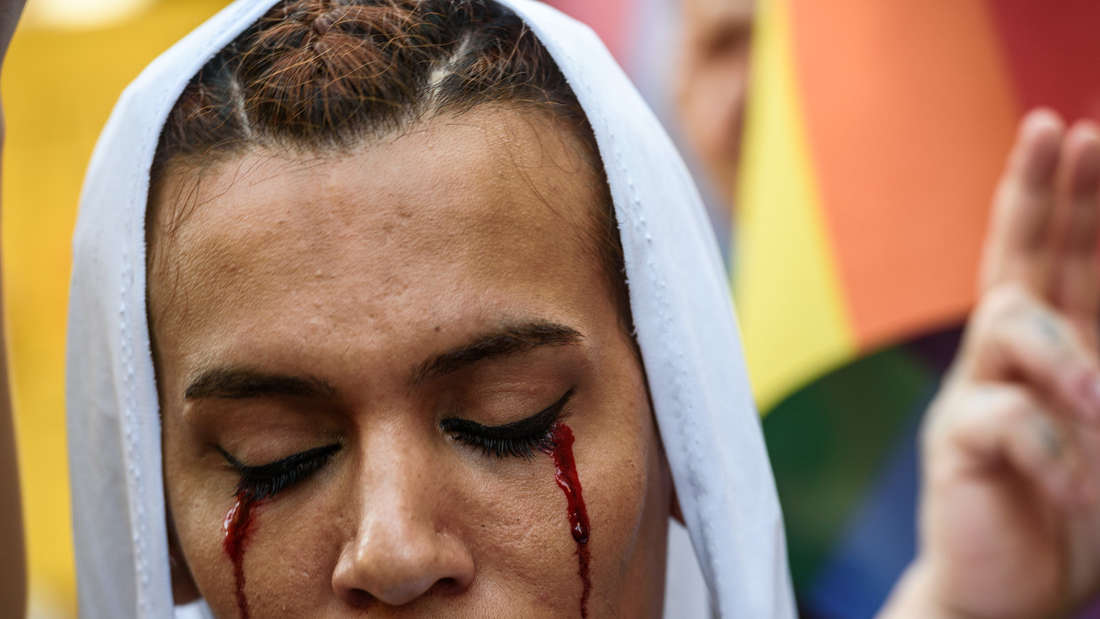 This post is part of a multi-part series on hatred and violence against LGBT * s. Here you can find the link to our survey, in which you are welcome to participate anonymously.

Here you can find all LGBT * articles from BuzzFeed News Germany. You can also find more research from BuzzFeed News Germany on Facebook and Twitter or in the RSS feed or in our podcast, in which we also talk about this research. You can find more information about our reporters, our view of journalism and all contact details - also anonymously and securely - on this page.

Read more on the topic:

Insulted, spat at, beaten up - that's why lesbians and gays are still afraid on German streets