Distribution of roles in construction projects

It is not uncommon for more than 50 companies and institutions to be involved in construction projects. Clear structures and roles are required so that everyone always has an overview and the work goes hand in hand. When creating a project plan, which ideally takes place at the beginning of each project, these structures must be worked out and recorded in writing.

In the following, we want to bring you closer to the most important roles, their tasks, competencies and responsibilities. In the coming weeks we want to show you which structures are most suitable for which projects and how you can form a strong team.

People in the project organization

When creating the project organization, the roles that are required for the upcoming project must first be defined. Even if the positions are often only filled at the end of the project, the course must be set before the actual project start. The number of people depends on factors such as the type, size and importance of the project. However, every project requires at least one project owner, a project manager and a number of executing companies.

The project client, who in most cases can also be understood as the client, plays a central role as the initiator and the highest decision-making body. He chooses the project manager and the organizational form, provides the necessary financial resources and, based on his requirements and needs, determines the direction in which the project should move. Since builders rarely have the necessary know-how and sufficient time, these vicarious agents make use of them. In addition to the selection and control of these, one of their main tasks is to convey their own wishes and needs clearly and to make upcoming decisions in good time.

Depending on the chosen form of organization, the project client can delegate a large part of the tasks to planners and executing companies. Nevertheless, it is recommended that building owners take sufficient time for the project and not underestimate their own role. Your commitment and participation has a direct impact on the success or failure of the project. The project client must be available to the project controller around the clock during the entire process and support him in his tasks. If he does not do this, time delays or discrepancies are inevitable.

Experience shows that project clients are often not aware of this role. Inexperienced clients in particular who are building for the first time quickly feel overwhelmed. When working out the joint project plan, it is precisely the specialists who have the responsibility to explain this and to clearly communicate the relevant obligations to cooperate.

Depending on the size and scope of the project, the client can either take on this task himself or hand it over to a third party. While the majority of the building owners take on the task of project manager together with the commissioned planner or construction company in small construction projects, it is advisable to commission a company that specializes in this for more complex projects. In such constellations, care should be taken when drafting the contract that there are no overlaps and conflicts with the other project participants.

If the client decides to take on the tasks together with the planner, special attention is to be paid to the HOAI to judge. Because even after the HOAI 2013, higher-level coordination services and the monitoring of schedules and schedules are not part of the basic services and may therefore require a separate commissioning. 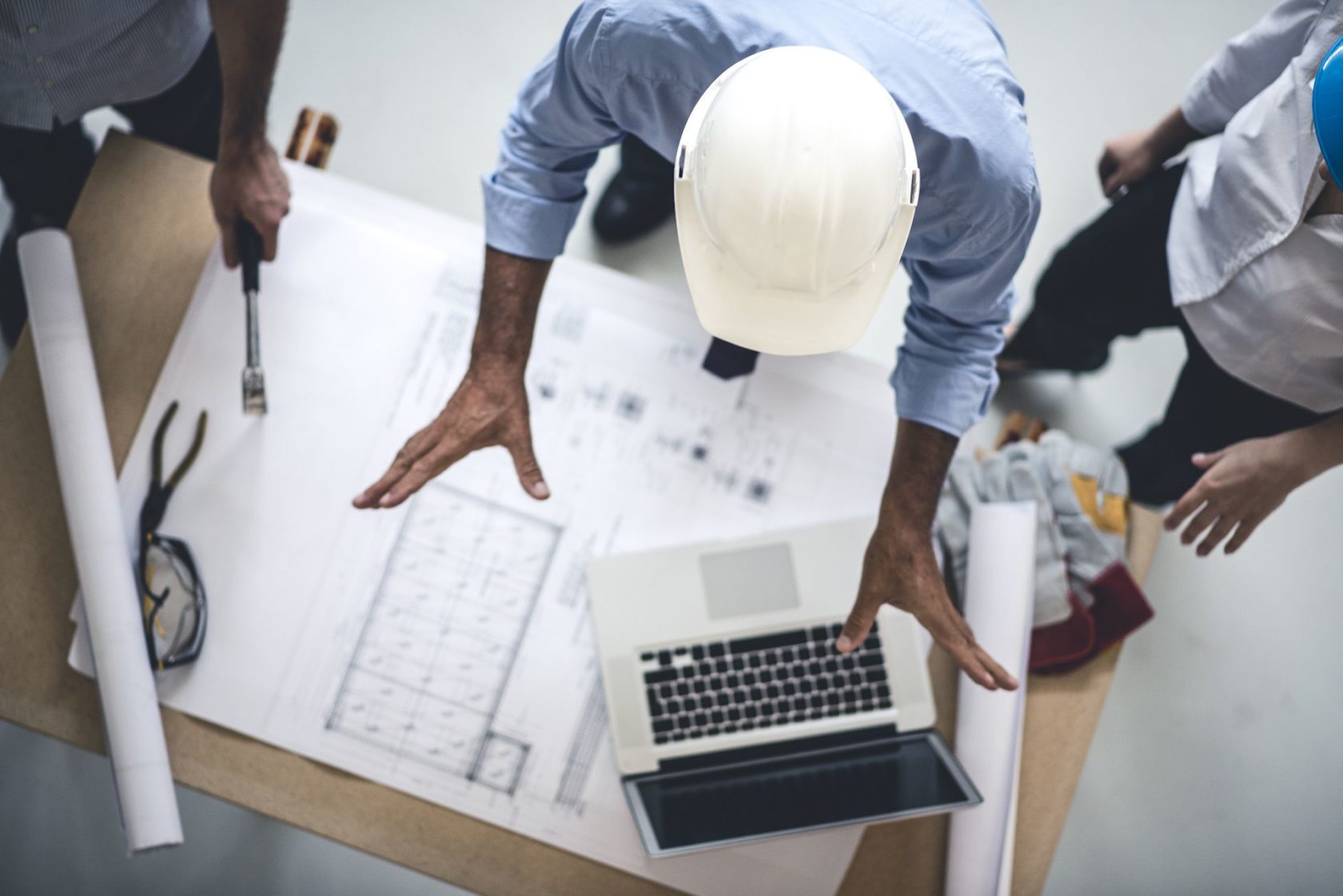 The project client and the project manager in particular need to grow together as a strong team.

Depending on the chosen form of organization, the architect plays a decisive role within a project. He accompanies the entire construction project from the project preparation to the preparation of the approval planning to the subsequent property management.

The architectural laws of the federal states define the professional task of architects as the creative, technical, economic, ecological and social planning of building projects. So the architect is not only responsible for designing buildings. Rather, he represents the client in a large part of his tasks and is at his side in an advisory capacity during the entire construction process.

Contracts with architects are concluded in Germany on the basis of the HOAI, in which the services are divided into nine service phases. We will publish a detailed article on this shortly.

The architect is the first point of contact, especially when it comes to the organizational form of individual companies. Therefore, it is important to take enough time when choosing the right partner and thus to set the course for all further steps. Projects can only be carried out efficiently if the client and the architect work together to form a strong team, complement each other and follow a similar style of construction and work.

The service profiles of the specialist planners are usually also based on the above-mentioned HOAI. In contrast to the architect, who plans and supervises the project holistically, the specialist planners take on a special planning section. These include, for example, structural engineers or planners for building services, such as air conditioning, sanitation or energy.

Depending on the setup of the construction partner and the type and size of the project, some of these services are carried out in-house. Often, however, planners and building contractors are dependent on the services of third parties. From the client's point of view, it is worthwhile to rely on the advice of the building partner and not to save in the wrong place. In the specialist planning, which arises as part of the implementation planning, crucial detailed questions are clarified that can only be reversed with difficulty afterwards.

After all, there are architects and contractors who have been working on projects with the same specialist planners for years and who have worked as a team. In such cases, it is not advisable to give priority to another specialist planner or even to do without one, just because he has made an apparently cheaper offer. When making a decision, also include factors such as the harmony and experiences of the service providers with one another.

Much of the work is directly related to one another. This is why special coordination services are required especially in this phase. We recommend building owners and construction partners to involve executing companies in the process as early as possible. Because already in the planning phase they can contribute their knowledge and experience. In this way, problems can be identified in good time and the best solutions worked out.

If, on the other hand, companies join in later, it is the task of the core team to integrate them into the team and to quickly obtain the necessary overview. It is also important that the executing companies are in regular contact with one another and follow a similar approach. A lack of communication between those involved often leads to misunderstandings and discrepancies.

Get together at the beginning of the project and define which roles need to be filled and how the joint collaboration should be structured. While the core team, i.e. at least the client and architect or construction company, should already exist at the start of the project, other roles can only be filled as the project progresses. It is only important that you integrate them quickly into the process and express previous working methods and structures via a joint project plan. Do not see the various service providers as pure contractors, but rather as team members who share a common vision with you.

This is how builders find the right building partner

Sign up for our newsletter and keep up to date.