How will 5g be different from 4G

As soon as consumers have got used to 4G / LTE as a mobile communications standard, the successor is already in the room. In the middle of the 2019 summer holiday season, the first 5G antennas went online in Germany. But what is actually the difference to the current 4G and what can 5G do better? Do I have to retrofit or is it not worth changing for me? 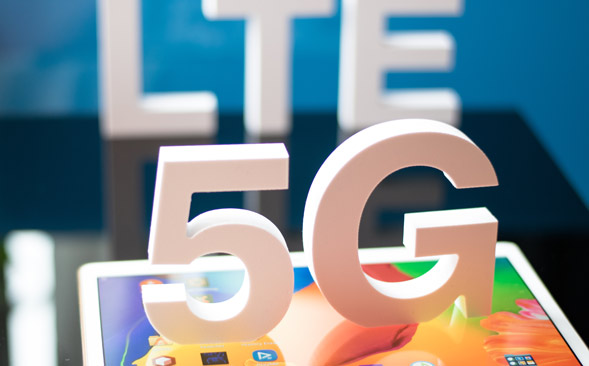 5G offers a number of improvements in terms of data rate, coverage and reliability. One of the main reasons for switching to 5G is the increasing number of end devices (IoT) and the growing hunger for data. According to a study by the Boston Consulting Group (BCG) entitled “A Playbook for Accelerating 5G in Europe”, existing LTE networks in Germany will only be able to cope with the increasing data traffic until 2021. More precisely in metropolises like Berlin, Frankfurt or Munich. 5G delivers the necessary performance and sets new technical standards. More radio antennas, wider frequency spectra (ranges that can be combined), lower latencies and high transmission rates.

Compared to its predecessor, 5G is initially significantly faster. We'll show you how fast in the next section. But speed is only one of the plus points of the 5th mobile communications revolution. The focus is particularly on the ability to connect many more end devices than before, sometimes in real time. LTE is good at supplying 1-2 end devices with sufficient performance and reliability via one connection. With five, ten or more it gets more difficult.

The industry also has big plans with 5G. The focus is particularly on the networking of all possible “smart” devices and sensors - keyword “Internet of Things” (IoT). Many studies assume that more than 50 billion devices will soon be networked worldwide, and the trend is rising. From the simplified search for a parking space to the “smart trash can”, there are many concepts in the drawers. A good 1000 times more end devices should be networkable per square kilometer. We have summarized further advantages of 5G technology for you here.

5G is much faster than LTE

What would a new generation of mobile communications be without an extreme increase in performance? The jump from 3G to 4G was already enormous. Today's LTE networks provide 500-1000 Mbit (1 GBit), while 3G ends at a meager 42 Mbit. 5G, on the other hand, will deliver a good 1-3 GBit in the first phase, and later even 10 or 20 GBit. That would correspond to one improvement to the Factor 10 to 20, even measured against today's fastest LTE networks. From today's point of view, data rates are just ludicrous. Because even an Ultra-HD video stream in the best quality hardly requires more than 30 Mbit per second.

The data rate factor should therefore tend to become irrelevant for end customers in the medium term, because from today's perspective, between 2 and 5 Gbit / s there are no noticeable advantages. However, that does not mean that in a few years we will be able to measure 2 GBit in the smartphone speed test everywhere in Germany. On average, today's 4G networks are not nearly as fast as they are on paper. Network tests usually attest an average speed of around 50-80 Mbit / s. Thanks to 5G, the average data rate should increase further - initially to at least 100-200 Mbit. On average, mind you!

The next fundamental innovation lies in the targeted latency rate, which is still in the range of 10-50 ms for LTE. Fiber optic customers sometimes enjoy values ​​of 2-5 ms. 5G, on the other hand, should even enable latencies below 2 ms, which is the basic requirement for real-time applications such as autonomous driving or augmented reality. How fast the ping of your 5G tariff is, should you already be using one, can be measured here.

The fundamental innovation is that other or new frequency ranges and far more antennas (MIMO) are used. While bands below 3 GHz were mainly used for 4G, 5G goes much further. In addition to ranges up to 6 GHz, entirely new ones will be added soon. And with far, far higher frequencies and thus shorter wavelengths and lower ranges. The aim is to bands between 24 and 100 GHz - this is also known as the mmWave range. First and foremost, this means that much more bandwidth is available for the data transfer rate. With LTE, mobile operators have so far been using a maximum of 100 MHz per carrier aggregation. With 5G, this value could multiply to over 1000 MHz. The disadvantage: You need a lot more radio stations for good 5G coverage than with LTE. More about it here.

However, 5G will do much more than just accelerate videos on smartphones. Experts anticipate a small revolution, especially in the industrial sector. Autonomous vehicles, Internet of Things and Industry 4.0, Smart Farming are the most frequently mentioned terms. Thanks to the multi-layer approach, 5G can be designed for all needs equally. LTE was primarily only optimized for performance.

Another feature will be that 5G masts will be able to transmit much more precisely (keyword: beamforming). Instead of aimlessly broadcasting in all directions, one or more users can be targeted, which on the one hand saves energy and also enormously improves the capacity of the radio station.

Network change of the fifth: LTE soon a thing of the past?

No! 5G will by no means replace LTE, but will complement it for years to come. Similar to the older 3G radio technology, which will only slowly but surely give way (by 2022) with the introduction of 5G. In addition, 4G still has a lot of potential. Even with 1000 Mbit, the development is not finished yet. We assume that LTE will be expanded even further in the first 5 years after the introduction of 5G. 4G plays an important role, especially when it comes to supplying regions without high-speed cable internet or (V) DSL.

Do I have to switch again soon?

The same applies here: No! Anyone who has just switched to 4G will be well catered for for years to come. A mandatory change to 5G is only possible in the medium term if you are uncompromisingly dependent on high performance or if the tariff already includes 5G.

Technical differences at a glance

Of course, there are also tangible technical differences, which we want to summarize briefly in the following table. The first two lines are decisive for the significantly higher data rate targeted with 5G. While with 4G currently only frequency ranges with a width of up to 20 MHz can be bundled via carrier aggregation, with 5G it is already 100 MHz. In the millimeter wave range at over 28 GHz, even a whopping 1 GHz per carrier. Source: ieee.org