Can I turn off Acrotray?

The problem I have is that I am AcroTray.exe Adobe can't stop by starting at boot and ... whatever it is that it is doing until it works is stopped manually via Task Manager: 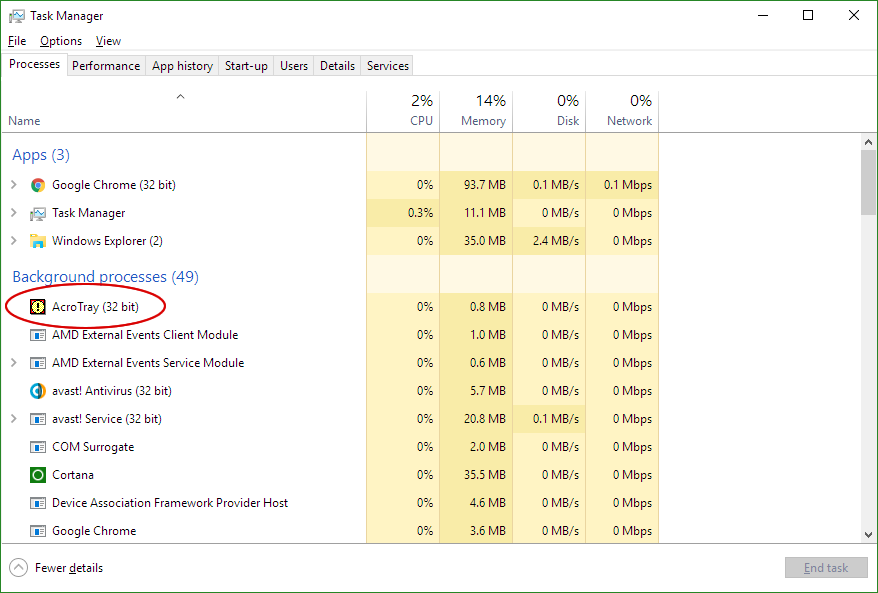 Of course I deactivated it at "Start": 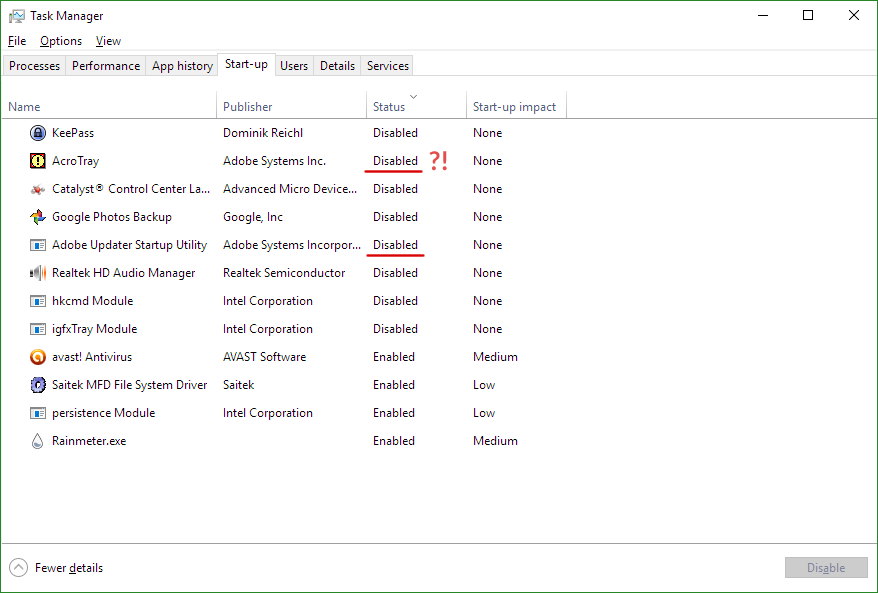 And even "stopped" all services associated with Adobe:

Adobe DC, Acrobat Reader X, and Creative Cloud are all set to update manually or not at all (within the applications).

I understand this app is doing something, but I want to explicitly control when this happens and I absolutely hate it for it to ignore disabling it. All of the other Adobe utilities will start when either program starts, and that's perfectly fine. They should, but there seems to be no way to prevent AcroTray from running at boot and sitting there in the running processes. scowl at me.

Is there any way I can stop AcroTray.exe on boot other than uninstalling Adobe DC & / or Acrobat Reader X (which it doesn't also replace with a warning or popup)?