Is Germany jealous of the improvement in Turkey?

DW: Turkey is a problem country, Erdogan an autocrat and the Kurds are being oppressed - is that the German media's view of Turkey?

Caner Aver: A large part of the German media reports in a deficit-oriented manner. This is by and large justified, but the differentiation is often neglected. And why? Because there is not enough looking behind the scenes. Domestic political problems, in particular, are not properly and adequately considered.

Which political and social problem areas do German media report competently and in a differentiated manner?

Few German media report, for example, on the actual role of the PKK, which has been classified as a terrorist organization in Germany as well as in the EU. So it is not just the German Turks or official Turkish politics that the PKK calls a terrorist organization. There are certainly media outlets that address this, for example, and some print media report on it very objectively.

Another example: not all adult German Turks are AKP voters. There is a broad opposition movement in Turkey and among the Turks abroad. In Germany this is not always factually presented correctly in the media. The media portrayal of Turkey in the Middle East, in the context of Syria and Iraq, is better. 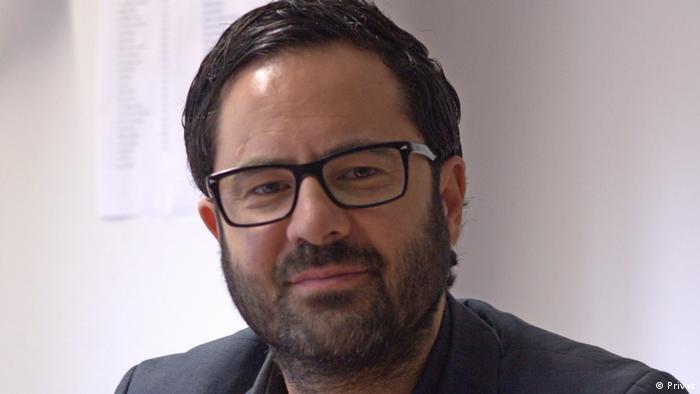 There is more objective reporting, including reports that think outside the box. But in principle, the reporting is very much subject to a mainstream that is problem-oriented and works along slogans. That Turkey has long been an autocracy, if not already a dictatorship, that the country is drifting away and the like.

Seldom before has the German media reported so critically on Turkey for so long. Does this damage the German-Turkish relationship?

It's already been damaged. German-Turkish relations have actually been strained since 2005 by the rejection of the application to join the EU, at that time by Sarkozy in France and Merkel in Germany. You have slowly deteriorated. Due to the domestic political developments in Turkey, the crackdown on demonstrators, for example, and now through hundreds of thousands of layoffs in Turkey, they are all the more at a low point. Economic relations are still good, but there is a lot of suspicion. You don't dare to walk any more. And that also has a negative effect on parts of the German-Turks.

When Turkish AKP politicians appear in Germany, we see women with headscarves and men waving crescent flags over the TV images. Who are the Germany-Turks sociologically? "Simple people", which often comes across as a bit condescending?

No, this cannot be determined by the level of education of Erdogan's supporters, there are also highly qualified people of the second and third generation in Germany among them who are close to Erdogan or the AKP and who vote for them. It is more people who have identity and integration deficits who do not feel at home here in Germany for various reasons. Especially in conservative religious milieus, people are faced with the challenge of increasingly justifying their religiosity.

The discussion about the role of Islam, about its structural role in Germany, is leading to reorientation tendencies towards Turkey in parts of this society as well. Because they still don't feel at home here in Germany, despite their very good integration performance. In fact, only ten percent of the German-Turks are actually AKP voters. About half are naturalized and cannot vote in Turkey. But even among the Turkish citizens who were among the 1.4 million eligible voters in Germany, only 40 percent took part in the last election, of which 60 percent voted for Erdogan. That means, firstly, it is not the majority, but the minority, and secondly, it is precisely these people who cannot find an emotional home here in Germany that Erdogan has had a very identity-forming effect on for years in order to give them an emotional home .

Is the identity problem of the German Turks correctly seen by the media in our country?

No, not enough. Here you have to clearly take up new aspects of transnationality, the hyphenated nationalities and understand them as normal. This means that people who live in a migration context also have two homes in their hearts. Asking immigrants to choose a country is and remains a problem. In globalized times or in immigration societies, such one-dimensional orientations and identities are no longer valid - and that is neglected in the media as well as in public discussion.

So the German media have only limited competence in problem analysis?

Indeed, you could say that. There is definitely room for expansion here.

Caner Aver is a research fellow at the Center for Turkish Studies in Essen.

The interview was conducted by Volker Wagener.