Is it true that failure equals success?

Failure: The wrong relationship to failure

You can do a lot right - and still fail. And what doesn't all fail today? Partnerships, livelihoods, careers and coalitions, reforms and technologies. The shape of pride, stumbling and free fall always resides in victory. But both - victory and defeat - are the sides of the same coin: action. If you don't do anything, you can't fail, you are already a failure. But if you take action and aim for success, you have to take into account the possible inability and, what is even more important: overcome it ... 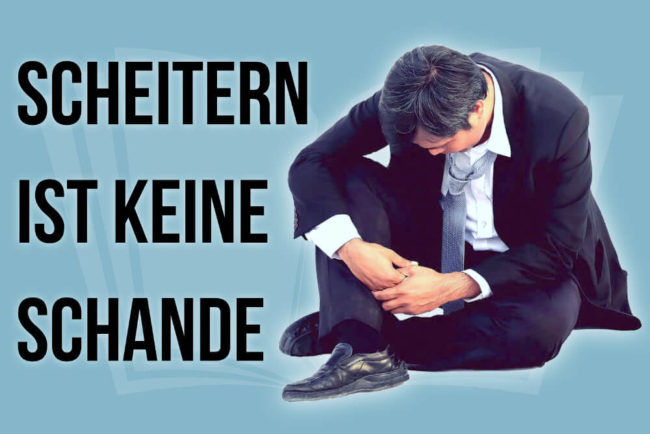 Definition: why is failure so bad?

Error is part of success. It is an essential factor in evolution, which repeatedly creates innovations through misguided mutations. Unfortunately, this is often a destructive process: The new is the better that the old is suppressed. The Austrian economist Joseph Alois Schumpeter got right to the point in his definition of the entrepreneur as a “creative destroyer” at the beginning of the last century. Self-destruction is inherent in all aspiration.

Different from failure However, the term “failure” has the unpleasant quality of the sealed: whoever fails, stumbles - thoroughly, centrally, and finally. A kind of anticipated death. You don't fail because of the trivial trifles, but rather because of the essentials, without the chance of a second attempt. Over and over. This is what makes your failure so destructive, so painful, so difficult to admit.

That is why many people fail after success

Not just arrogance - success also comes before the fall. Because it lulls you. This is called the Icarus effect in technical terms. Many believe that once they have done one thing, they are already masters. As a result, they become more careless, try less hard and think that success will come back to them.

In doing so, however, they confuse cause and effect. Success is always just a result, not an automatism. Rather, it favors failure because it "spoils" us: the longer you deal with a certain thing, the better you get at it. These strengths can be used later. But especially those who devote themselves to a new task that has little to do with the last one have to start all over again. Very few want that - too exhausting. Fatal!

It is better to get fully involved in the new project and start exactly as you did before the last success.

Failure is still a taboo in our society. Success counts - but failures are counted.

Already etymologically we have a “split” relationship to the term: The “Scheiter” were those pieces of firewood that are left over when a block of wood is cut into pieces. They were burned and left at most ashes.

Accordingly, most of those who have failed still feel the barely bearable feeling of scorched earth behind. And so from now on there is hardly any failure: As soon as one's own beacon is revealed, self-deception sets in.

The art of interpretation

Missing goals turn into "near successes", messed up strategies turn into an "unfortunate turnaround", own mismanagement is reinterpreted into the "failure of the market" - all out of fear of embarrassment. Henry Ford once recognized wisely: "There are more people who capitulate than those who fail." However, he meant this as a pro-argument for failure.

Meaning and significance may be central motives in economic life. But very often they blind you to reality. Then they have the effect that anticipated failures are suppressed and wrong goals are pursued even more intensively. The cohesion between an unreflected course and an imagined career turns into an insoluble mania that makes criticism and correction completely impossible. It's the last lonely high before the deep fall. Too bad.

Failure is like cancer: The sooner we realize it, the better the chances of saving something. And even after the inevitable fall, enough can be learned from it and gained in strength if you analyze it honestly.

Why make the same mistake twice? Why not admit that even top executives screw up and gain in credibility and size? Everyone knows about the failure of the bosses anyway. Journalists use it to fill umpteen newspapers every day.

Germany: No culture of failure

Researchers led by Andeas Kuckertz, Christoph Mandl and Martin P. Allmendinger from the University of Hohenheim have looked at the culture of failure in Germany - the result: We Germans shy away from risk like no other. 42 percent of those questioned agreed with the statement: “You shouldn't start a company if there is a risk of failure.” There is always a risk.

Accordingly, many dream of a secure career as an employee. We prefer to invest our money in savings books and call money accounts. Even in politics, the one who promises the lowest error rate is elected again and again. Just do it, experiment a bit, trial and error - that may bring out one world market leader after another in Silicon Valley, but please not with us!

Paradox of excellence: why high-flyers in particular fail

Failure is a phenomenon in all industries, occupations and salary levels. Even the greatest talent cannot absolve themselves of it. On the contrary: The “paradox of excellence” describes the fact that, of all things, the smart, hardworking and ambitious successful types in a company are those who fail more often. Why is that? Often for these reasons ...

Failure more beautiful: Success is what we make of it

Quite a few people are afraid of making mistakes - especially because others might criticize or laugh at them for doing so. But scoffers are fools who don't know any better. Mistakes and the experiences from them let us grow personally. No artist, no artist, no athlete who has not made umpteen mistakes - until the championship. 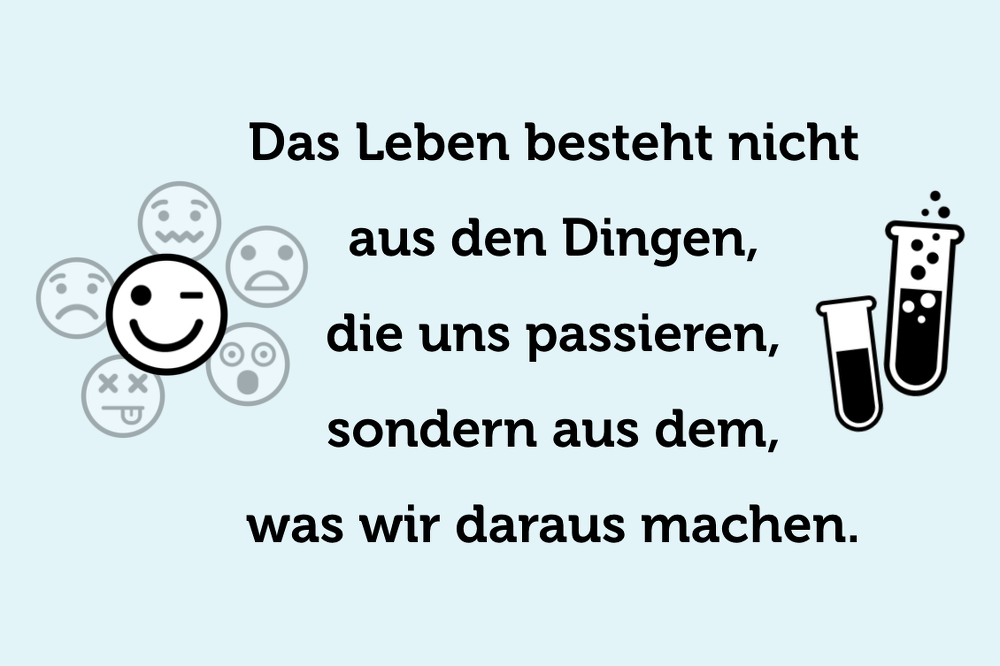 In addition, mistakes make us more social: They make us more gracious to the mistakes of others (because we are not infallible ourselves) - on the other hand, they ensure that we can empathize better with others because we have already been through what they are going through. It is the first mistake not to want to make mistakes. Some people waste their entire lives trying to do this.

Life doesn't consist of the things that happen to us, but rather of what we make of them. Or as the author Charles R. Swindoll once put it: "10 percent of life is what happens and 90 percent of how we react."

Mistakes happen, failure is part of it

Everyone has seen this before. But not everyone reacts to it in the same way. Our attitude makes the decisive difference here: Some then complain about the circumstances, fate, the unjust world, the bad boss. You look for reasons and ask “why (me)?” Mistakes! The ongoing retrospective based on the same thing is just as insidious as the flight from the fall: A real new beginning can only succeed if you boldly say goodbye to the old and look ahead.

It is like with the deceased: first they are thoroughly mourned in order to preserve their honorable memory, then the legacy is cleared away and one returns to life.

Defeat - where is your sting?

The true masters of failure therefore ask: What for? Sounds similar, but makes a huge difference (see video).

The question of the WHY turns even the stroke of fate into an important station on a path that pursues a goal. And that gives hope and encourages. If you ask like this, you make something out of the crap that happens - and thus regain control over your life.

And these are just a few examples. With one thing in common: They show the influence of our conscious decision on how we react to what happens. One could also say: They took responsibility for their mistakes and their lives.

No question: That doesn't prevent bad things from happening or we fail at times. Nobody said that life was just "chilling out on the Caribbean beach". But something can also be done with the rest. Or to paraphrase Winston Churchill: "Success is the ability to go from failure to failure without losing enthusiasm."

A short parable about failure

Of course, the environment also has an influence on success or failure. However, caution is advised, because it is not always possible to tell at first glance whether a contact is useful or harmful to us. Also a nice parable ...

A bird flies south late in winter. But it's so cold that its wings are getting stiffer and stiffer. Eventually he crashes and falls on a field. While he is lying there, a cow comes trotting by and drops a pile directly on the bird. First he gets angry, then he notices how comfortably warm it is and slowly thaws out again. The bird is so happy about this that it starts to sing a song. A cat that is strolling around hears the chirping and discovers the bird. She gets him out of the dung and eats him up ...

And the moral of the story?