How are Kinder Surprise eggs made

How a Kinder Joy Egg is made 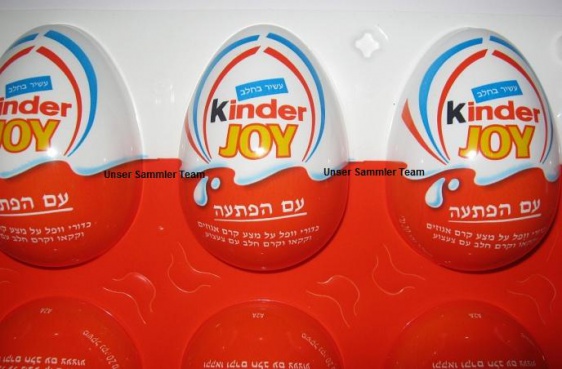 The Joy Eier children have been part of the summer for many collectors in Germany since 2006; in 2001 they celebrated their premiere with the Happy Hippos on the dream ship in Italy and France, five years later they conquered collectors' hearts in Germany with Ice Age 2 . Originally intended to bridge the warmer months of the year, the Kinder Joy Egg has developed into its own collector's area. Because Kinder Joy offered more than just a replacement for the surprise egg in the summer months, even continuously warm countries could now look forward to their own surprise egg, no wonder that Kinder Joy e.g. also appeared in South Africa. Kinder Joy consists of two halves with a small spoon between them, one half contains the surprise in the other half a delicious cream with two chocolates, that's how we know and love the Kinder Joy egg, but a lot is similar about the production as with the surprise egg, not known.

Kinder Joy is also made for Israel, the country has over 50% desert, and the sea is dry and hot. Just like in the German summer, surprise eggs would melt quickly, which is why there is also the famous Kinder Joy egg in Israel, which is called Kinder Merendero in Italy. But this is exactly where an exciting journey around the production of Kinder Joy begins. How are the halves of Kinder Joy actually made? This question can be answered using a printed sheet, this would be a small sensation even from Germany, but this is likely to be a lot rarer from Israel.

With the help of print sheets, collectors can take a look at the production, print sheets are extremely rare, they show a wide variety of products, e.g. Package insert or pallet tag in the unpunched state. Pictured here is a Kinder Joy printed sheet from Israel with the Kinder Joy halves on it before they are punched / cut. 16 Kinder Joy halves are on a print sheet. An unusual sight for collectors, there are hardly that many children's joys next to each other.

The back shows the open Kinder Joy halves in white. Many collectors are only aware of the finished and cut egg from the supermarket, so such a look is rare. Later, either a figure, a toy or the cream is embedded in these halves. 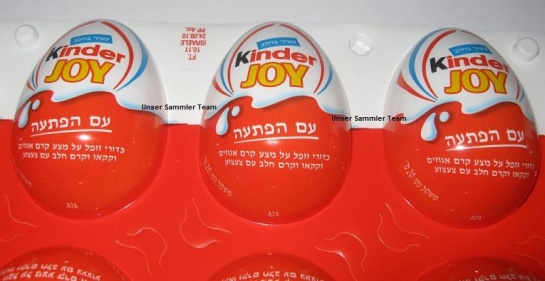 With the exception of "Kinder Joy", there are only characters in the national language on the Kinder Joy egg blank. The design is identical in every country, only at Easter 2012 there was e.g. printed Kinder Joy eggs with floral motifs. 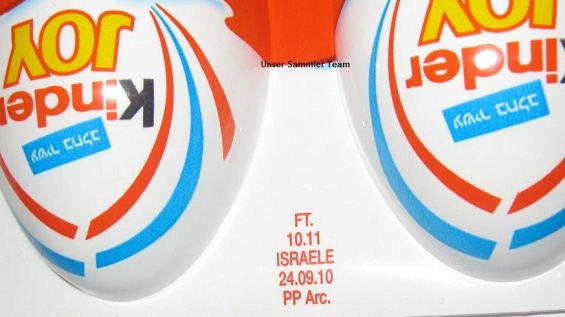 A red note can be found in small print on the print sheet - 24.09.10 (best before date) and the imprint "Israele" for Israel. 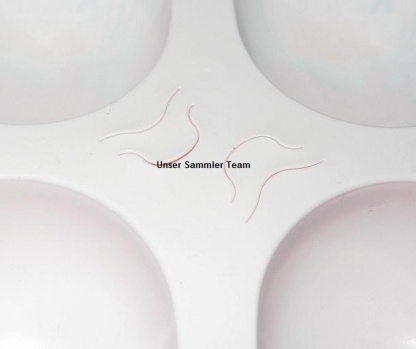 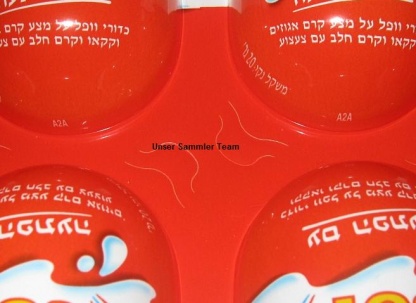 The small "flaps" can also be seen on the front of the printed sheet, they are already pre-cut, unlike the Kinder Joy halves, they are firmly connected and are punched by machine. Even if there are surprise eggs in Israel, Kinder Joy takes an increasingly important place, whether Monsters and Pirates, the Simpsons or Mission Mole 2, all of these well-known series appeared in Kinder Joy. And so there will be quite a few new series in Kinder Joy in Israel over the next few years, with the help of such print sheets, we collectors are always able to take a look behind the scenes at a great product that has enchanted us all for years.

Many thanks to our collector team for this absolutely brilliant report and the great pictures.