Why do people scream freebird at concerts 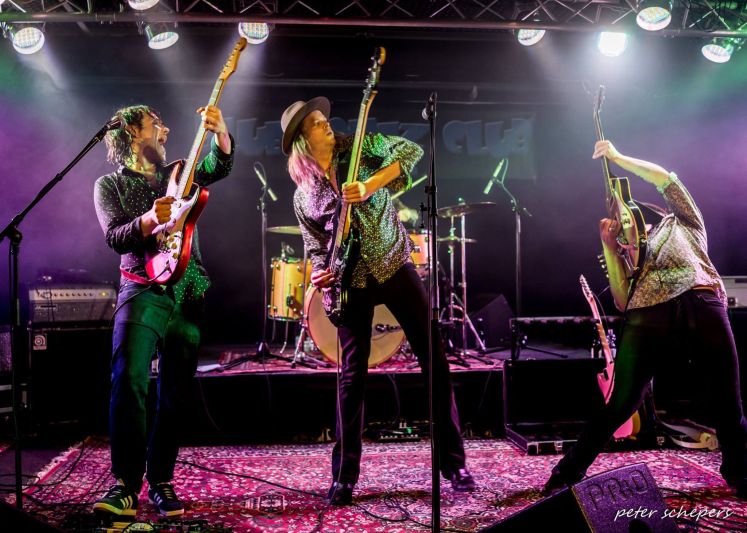 When Jetbone takes the stage in the Blue Notez at 8:30 p.m., one feels not only fashionably transported to the 1960s / 70s. Wide bell-bottoms, hats, long hair and unbuttoned shirts are the hallmarks of her original hippie style. Front man Gustav Sjödin greets the audience in Dortmund with a happy "Welcome to this magical evening" and with this ambitious announcement he should be absolutely right in the next 80 minutes. The concert is also an unofficial release party for their third studio album “Come Out And Play” (release April 20th). The fact that they are now under contract with the Scandinavian offshoot of the major label BMG can already be seen on the self-designed tour bus with which the young Swedes traveled from Sundsvall and on which the band name stands out in large letters.

The Stones-rocking ʹ60s triple from “Chickadee”, “Don't Hold Me Back” and “Are You Ready?”, All songs from the new album, let the cool temperatures in the concert basement rise quickly. Guitarist Sebastian Engberg has even internalized a few cool Keith Richards moves. The announced road song "It's So Hard" immediately spreads a relaxed Eagles-California feeling in the Blue Notez Club, which is unfortunately a little less frequented. The southern rock anthem "Woman", from the previous album "Magical Ride" (2015), is clearly based on Lynyrd Skynyrd and has a similarly explosive and brilliant final spurt as "Free Bird". The following "Let's Get It On" expands Jetbone's musical range with a blues-rock song that is not only lyrically linked to T.Rexʹ "Get It On".

They make a genre change with the medley Lovelight / Mixed, which extends to over ten long minutes, which first builds up into a rock jam track with bass, guitar and keyboard solo and then into a wild soul number, with dance interlude by the Bassist and lead singer, in the style of the Blues Brothers, drifted away. Hard rock, which would even bring Robert Plant to eccentric cheers, is celebrated on "Lady" ("a song about an evil woman").

After this wild concert hour, there were decelerating, classical-style keyboard sounds that were performed by Rasmus Fors alone. But this solo was only the intro to the great rock ballad "Road In The Sky", to which the band then performed on stage again in full. "Fifth Time Loser", also by Magical Ride and the title song from the new album "Come Out And Play" again reflect Stone's classics (including "Rocks Off") and COAT in particular is stadium Stones sound at its best!

After this heated show, loud ovations were of course inevitable and without encores the boys would not have been let out of the club. The following self-written rhythm & blues piece "Everybody Needs Somebody To Love" showed the entire, artistic-qualitative repertoire of the band again and with "Shine On" a short but inspiring concert evening came to an end. The songs on the new album spread an infectious live atmosphere and could also unfold their effect in larger locations. There was a lot of playful mood of the band and a terrific stage performance.

Anyone who likes young, determined, authentic and professional rock music embodied with passion should definitely not miss Jetbone. You still have the opportunity to experience them on the “small” concert stages. On “Are You Ready?” They sing “Talkinʹ bout a revolution”. Talk about Jetbone !!! Maybe not yet as a rock revolution, but at least as a live rock sensation of the concert year 2018. Old Swede! That was a first-class concert. 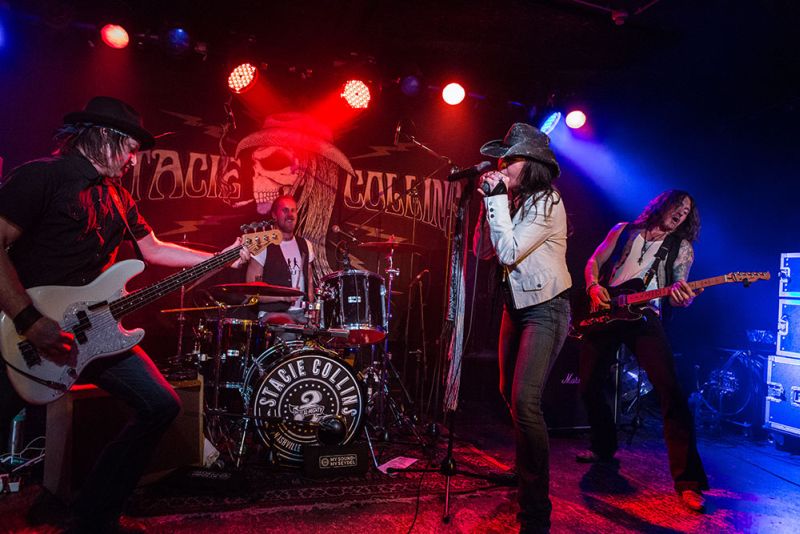 Despite the beautiful and rather warm summer weather, some SC fans have come to the Yardclub to see them on stage with their band. It's hot in the club, it feels like 40 degrees. Stacie enters the stage, as always with her unmistakable trademark, this cool old straw hat, well shaped and curved. When I saw her in Bonn in October 2013, she was already wearing it.
And then she starts the show, divided into 2 sets (track list see gallery). She dances across the stage with incredible ease, sings her songs and blows the harp, perfectly accompanied by her band. What a beautiful evening! 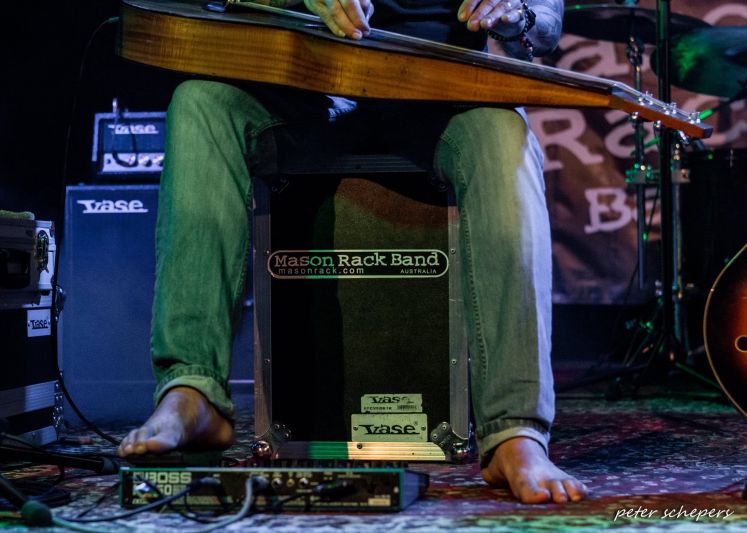 The strong concert, divided into two sets (partly with a guest harp player) lasted over two hours, with many own compositions and cover songs such as “Crawling Kingsnake”, “Goin 'Out West” (Tom Waits), “La Grange ”,“ Who Do You Love ”. In addition a medley, consisting of well-known riffs (ACDC, Led Zeppelin and Cream), played by the bassist.

The obligatory percussion and the exchange of instruments (drummer plays bass, the bass man plays lead and Mason plays drums) created an additional atmosphere in the Blue Notez Club, which was well-filled for the oversupply on the Whitsun weekend and the summer temperatures. 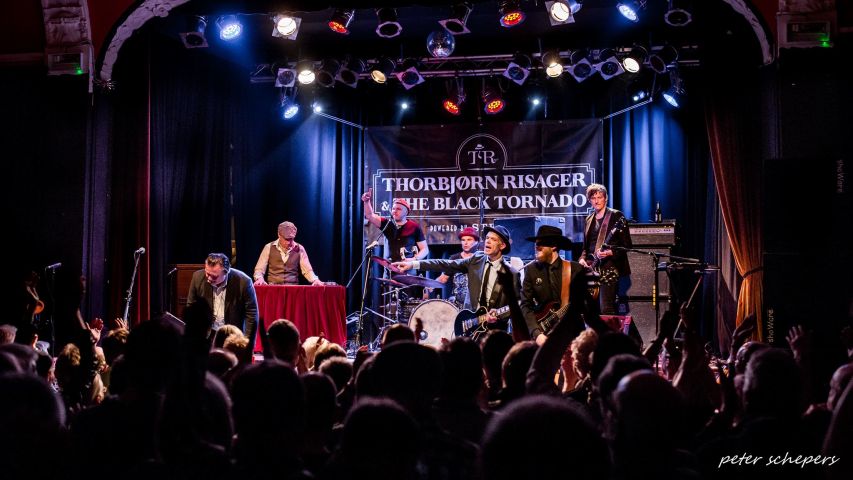 Thorbjørn Risager & The Black Tornado as part of their new CD "Change My Game" as guests in the full Dortmund music theater piano.

Our photographer Peter Schepers was absolutely delighted with the spectacular performance of the Danes, whom he had never known before. His snapshots, as always, of the concert divided into two sets, this time here with us in a picture gallery attached below. 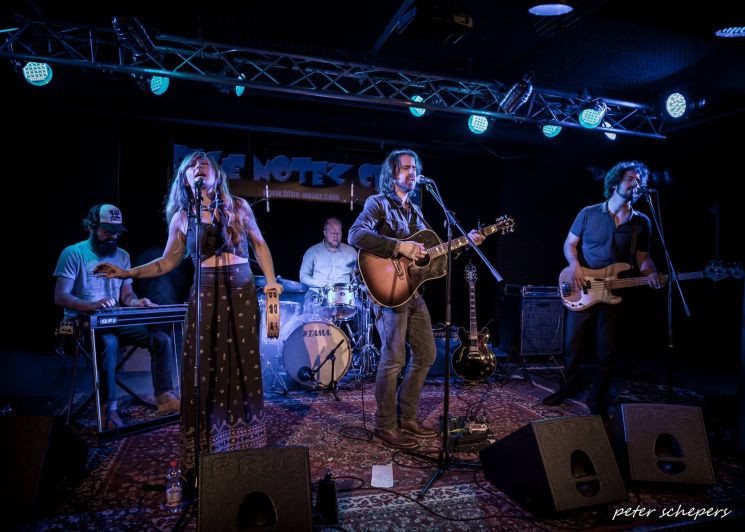 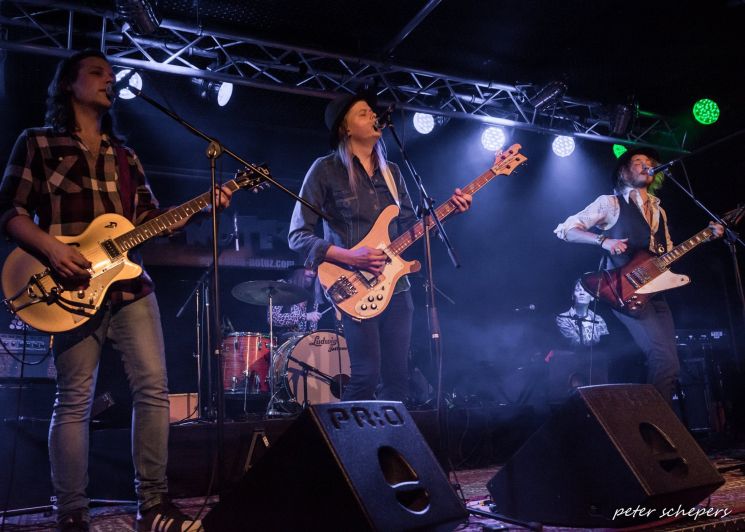 Jetbone in the Blue Notez Club. A nice concert by the Swedish band in the well-attended Dortmund club. Jetbone played a mix of Stones, Aerosmith and Lynyrd Skynyrd elements. Every now and then the Faces or Steppenwolf can also be heard. Yesterday there was a set in 90 minutes plus three encores. The most famous songs were "Everybody Needs Somebody To Love", Joe Cocker's "Feelin Alright" and a hammer-hard version of "Hush" that ended the evening. 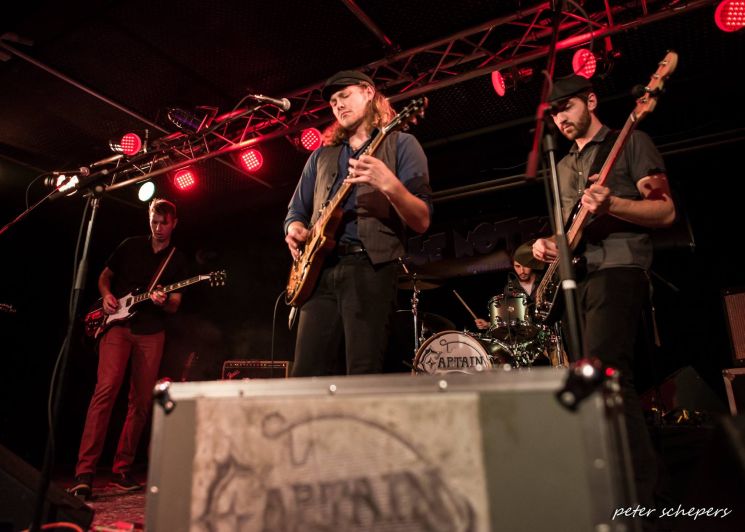 The young American band played in the Blue Notez Club Dortmund on Friday evening. A mix of their two albums "Captain Ivory" and "No Vacancy" plus cover songs by Bruce Springsteen and Fleetwood Mac's "Oh Well", which was in no way inferior to the original. Already with the first song "Never Mine" they showed where the evening was going. A mix of Led Zeppelin, The Who and Southern Rock. Drum solo and lap steel interludes in the audience were nice highlights. A successful concert by a band that will be heard a lot more from.