2019 was a bad year for honey. Due to the weather, the domestic harvest fell by up to 50 percent. In order to meet demand, there is increasing use of imported goods, for example from China. But imported honey in particular often turned out to be adulterated. Tracking down the food fraud is difficult.

Now also as a podcast.

Almost every flower produces nectar, which bees collect and turn into honey. Depending on which flowers the bees fly to, pure variety honeys or complex blossom honeys with a unique taste are created. The bees extract the dark forest honey from the honeydew of the conifers - the sugary excretions of plant-sucking insects.

"There are types of honey that are very special," says Hildegard Burgstaller, beekeeper, botanist and founding member of the Landscape Honey Association Austria. For example single-variety raspberry honey, cherry blossom honey and alpine rose honey. “Alpine rose honey is a very light-colored honey. A very fine honey that does not push itself to the fore at all. " 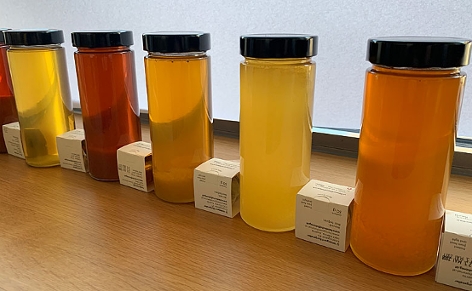 In Austria, 1.2 kg of honey are consumed annually per person

Sweet chestnut honey is another specialty. It is dark, tart and, thanks to the high mineral content, has a high conductivity. "It is a very self-confident honey that some people appreciate, others not at all," says the beekeeper. Also the rare dandelion honey, which tastes not flowery but slightly like cheese, separates the spirits.

Such popular varieties have their price. The most expensive rarity is New Zealand Manuka honey. It is made from the flower nectar of the South Sea myrtle (Manuka). According to Burgstaller, one kilogram costs up to 700 euros. In addition to its special taste, it is known as a natural remedy for its anti-inflammatory, antibacterial effects.

The great demand for Manuka honey has its downsides. "It is well known that more Manuka honey is sold than is produced," says Ingrid Kiefer, Head of Risk Communication at the Austrian Agency for Health and Food Safety (AGES). A maximum of 2,000 tons of Manuka honey would be produced per year, but around 10,000 tons would be sold. “Something has to be falsified,” says Kiefer.

40 percent of honey imports from China

With 80,000 tons, China is the number one country of origin of honey that the European Union imports from other EU countries. The EU has been targeting imported honeys for a long time. Tests have shown that every fifth honey sample taken from importers or at the EU's external border does not meet EU standards. These state that nothing may be added to the honey, but nothing may be taken away either. Nevertheless, there is a lot of trickery. 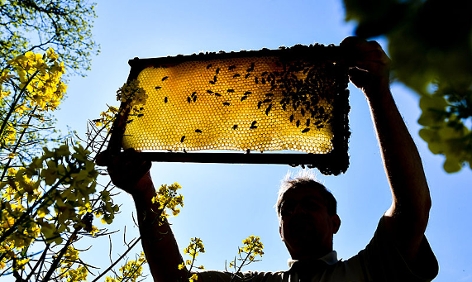 Honey is a natural product - but that's not always the case

In 2018, according to AGES, 20 percent of the honey samples taken in Austria were incorrectly labeled, with 16 percent the content was falsified. This happens if, for example, a honey is used that has nothing to do with the designated honey type. Or the honey is "diluted" with syrups.

Especially with honey from China, rice syrup is added so skillfully that it is increasingly difficult to prove that the honey has been stretched. Chinese honey is also often harvested unripe when the water content is still very high. Instead of the bees, machines do the drying. Valuable ingredients are lost.

The pollen contained in the honey, which is something like a fingerprint of the variety, is also completely removed. This tricked the pollen analysis under the microscope, which can usually be used to determine where the honey comes from. Other methods for detecting forgeries such as NMR spectroscopy are more complex and expensive and are therefore used less often. The authorities are barely able to keep up with the counterfeiters. “Their methods are becoming more and more sophisticated. It's like doping, ”said Kiefer.

16 EU countries are now demanding that honey imported into Europe be labeled more precisely in order to protect local beekeepers from cheap competition. Currently, the following applies to labeling: If honey from the EU is mixed with imported honey, for example from China, this only needs to be indicated generally on the packaging as a “mixture of honey from EU and non-EU countries”. 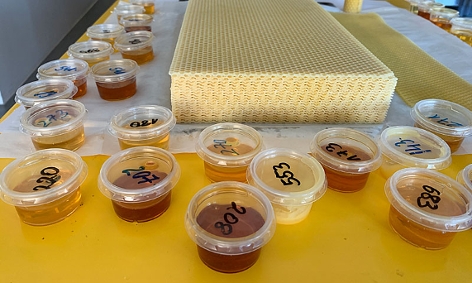 From acacia to silver fir: there are countless types of honey

Theoretically, such small amounts of EU honey could be mixed with a large part of cheap imports without consumers being able to understand it. Chinese cheap honey is also imported into the EU through third countries such as Ukraine and Argentina. "We see that these honeys from non-EU countries are more often adulterated than Austrian honey," said Kiefer. AGES therefore recommends buying honey from Austrian production.

7,000 flower visits for a teaspoon of honey

Good honey cannot be clearly identified by its type, origin or price. Beekeeper Hildegard Burgstaller advises tasting different honeys and tasting the taste of rare varieties. You have to reckon with 14 euros for a kilogram of honey when buying from a beekeeper. But supermarket honey is not bad per se.

More on the subject: