Singing commercials out of fashion

Puma, Nike, Adidas: rappers like RIN, Ufo361 and the 187 street gang like to show their new, sponsored clothes on Instagram. Lately the brands have been showing up in their lyrics too. Isn't that surreptitious?

Shark alarm on the Alster: A monster shark transforms into a Mercedes in a dive into Hamburg. The car crashes out of the northern German night sky onto the street - it's branded with a Nike logo. 8.6 million people have seen the intro of the new music video of the 187 street gang on YouTube in the last few weeks. In "HaifischNikez Allstars" the company logo of the American sporting goods manufacturer appears another forty times in the picture. 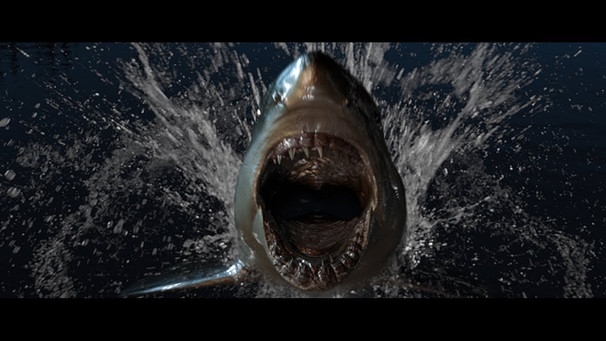 "Nike" is also the name of a track by RIN. In it he raps lines like "I'm chilling in the car, listening to Baka Not Nice, yes Nike shoes". The company's brand logo is placed in the center of the cover of the single. 150,000 people have already seen the track on YouTube and 300,000 people have seen the teaser on Instagram. For television advertising with this reach in a young target group, the company would probably have to pay a lot of money. Has Nike found a cheaper way to advertise with the rappers? Shouldn't that be called surreptitious advertising? Isn't that a punishable offense? Everything in order.

Artists like Ufo361 (now called "KAISER"), the 187 street gang, RIN, Capital Bra or Kontra K surround themselves with brands, rave about brands and make brands the subject of their songs. While luxury brands like Gucci, Louis Vuitton, Prada and Dior have always been used as symbols for social advancement in rap, companies like Adidas, Nike, PUMA, Supreme and Fila appear in texts and posts today. Products that almost everyone can afford - that don't fit a self-made man image.

Sports brands are in, the special edition sneaker is the gold chain of the modern cloud rapper. But is that really the reason for this flood of brand logos on German rappers' Instagram channels? Hardly likely.

The Dagi Bees of German rap

Into the heart of darkness: Unboxing Videos. Just as beauty YouTubers unpack creams and shower gels in their clips and think they are good, hip-hoppers also tend to present their new shoes in front of the camera. In an Instagram story by Bonez MC of the 187 street gang, which has since disappeared from the network, he announces, while fumbling over a large, packed Nike bag with new products, that the company has sent this package to his hotel room have. With a few more jump cuts, it could be mistaken for a new fashion vlog video. 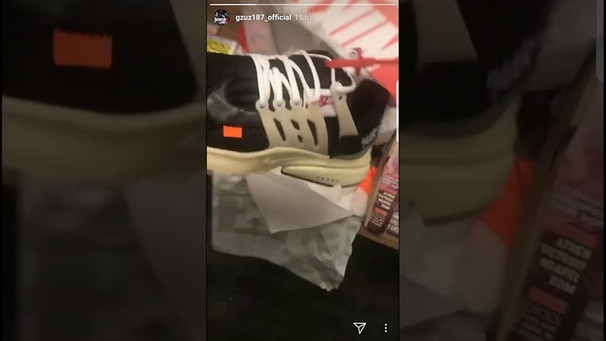 For classic influencers, however, there are rules for dealing with brands and products in their videos. For them, unboxing videos and product reviews are a business model - they get the products for free or even get paid for mentioning them in their videos. You have a high level of credibility in a young target group, every CEO in the world gets a racing heart when thinking about such advertising media.

Your followers trust you, your buy recommendations influence your viewers. Therefore, according to German law, they must clearly indicate that and for whom they are advertising. YouTubers must indicate the advertising character in their videos that contain product placements when they are uploaded. YouTube labels the video as "Contains Paid Promotion". Instagram follows suit:

"According to our guidelines, creators and publishers must mark business partners in posts with branded content if there is an exchange of value between a creator / publisher and a business partner Indicate content that has been posted by you. "

The Berlin lawyer Fabian Reinholz from the Härting law firm has been observing the developments in influencer marketing for a long time. He clearly classifies the legal situation of the posts from GZUZ and Co.:

"If you buy new sneakers and post them on Twitter, it's not surreptitious. For example, if you got the shoes from Adidas and they asked you to post them and then you do it, it's surreptitious always before when the dividing line between program and advertising or content and advertising is not clearly adhered to - and the consumer no longer notices that he is being advertised. "

In order not to act illegally, the Dagis and Bibis must disclose what their business model is and clearly mark with a visual signal in the picture that they are advertising a product. So far, German rappers have been holding back on their social media channels: The posts of many rappers are not marked as advertising - no hashtag #ad, no hashtag #werbung. Are Kontra K and Capital Bra, who have disclosed their cooperation with Nike, the only rappers who work as ambassadors for sports brands and have an advertising deal?

The silence of the men of honor

We tried to talk to the artists and corporations about their business relationships. Of 17 artists contacted, only the management of Kontra K confirmed a collaboration with Nike. The other musicians did not want to give any information. Of the eleven sporting goods manufacturers that were asked to date, PUMA alone has named one artist who receives "support" in Germany (the companies' wording): Sido.

"No matter how expensive, Dicka, the main thing is to have the Puma on it."

But we get a clear statement: "As an artist, you already have to think about how you will refinance your costs"says a person who has managed large German hip-hop acts for many years, but wants to remain anonymous. "Then you go out to dinner with an agency a couple of times - they know each other anyway. You convince the agency that the artist really likes the xy brand. A photo or something is not enough, it has to be credible. And then you get it maybe caps or clothes that can be sold as fan merchandise. For free - also a lot. And maybe the artist will be hired at a company event for a good fee. " 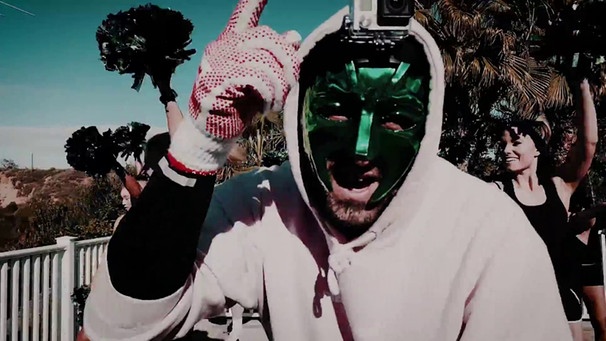 Despite the silence of the scene, the connections between German rappers and sporting goods manufacturers are evident. Instagram photos of newly arrived sneakers or tracksuits are often signed with a "Thanks to Julia von Nike". The saying has its own hashtag #dankejulia. Presumably this refers to Julia Sophia Hofbauer, who maintains contact with artists at Nike. We would have liked to ask the company directly how it works with rappers - but the press office of Nike-Europe left the interview requests unanswered. 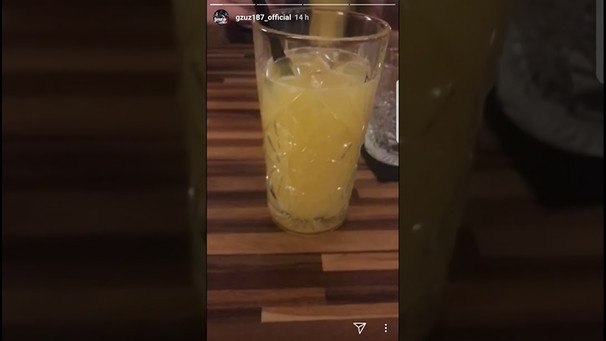 The Berlin rapper Mauli has no sponsorship deal. In a recent Facebook video, he even made fun of the behavior of his colleagues. He has seen up close how the deals work:

"There are different priorities when it comes to sponsoring. Priority 3 is if you simply get different packages and then advertise in return for them or say: 'Thank you Julia from Nike for getting this box. These are really nice Air Maxs I'll get dressed right away. "Then there is priority 2, then you have an exclusive deal and are only allowed to wear this brand, but you also get money for it. And then there is sponsorship priority 1, they hang up posters of you everywhere huge campaigns with you, you get paid for every photo shoot and your promotional campaigns are co-financed. So they invest in you as an artist. But I think only 2-3 people have that in Germany. " 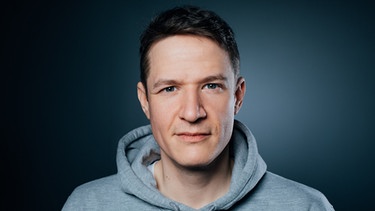 Hip-hop journalist Falk Schacht, who has been writing for the major German rap portals for years, also knows the business very well. He describes how such partnerships between artists and brands arise and what the consideration can be.

"How the artists have to return the favor for the products differs from company to company and artist to artist. Some make it clearer what they would like, others are more relaxed and trust the way things are going. The problem is: when you get a direct If you would require performance, you would have to make contracts, but you don't want that, because from then on it gets complicated in all matters.

Even if nobody wants to talk about it and written contracts probably only exist in the rarest of cases, there is a lot to suggest that business relationships exist between rappers and large corporations. The lawyer Fabian Reinholz says that a contract does not have to be in writing to be effective:

"With influencer-brand agreements it is usually the case that there is no paper or written contract about the details of this sponsorship deal that could later be legally enforced. However, there will be some kind of agreement behind it, whether verbal or in writing. You don't just do it like that. It is completely alien to believe that an influencer voluntarily advertises a product manufacturer. That is their job and if they didn't get any perks, they wouldn't do it. "

So no one can say how far these agreements go. It is noticeable, however, that the brands appear not only in the musicians' Instagram posts, but also in song texts.

One thing is clear: If Bonez MC told the truth in his Insta story and they really get clothes or money from Nike, every post, every song, every video is like "Haifischnikez" and "HaifischNikez Allstars" that he shared with you Nike article published in the picture, surreptitious advertising. That could then have bad consequences.

The Rossmann ruling of June 8, 2017 changed the situation in influencer marketing. The Higher Regional Court in Celle sentenced a 20-year-old influencer (1.3 million followers) for presenting a drugstore chain product in an Instagram photo and only using the hastag "#ad" as one of six hashtags. The judges ruled that “promotional Instagram posts' should be recognizable at first glance.” If the company repeats this practice, it would face a fine of up to 250,000 euros for the instigator of surreptitious advertising, the drugstore chain.

Will such surreptitious advertising procedures now come to the German rap scene? Will Ufo361, the 187 street gang and Co. soon have to mark their songs and posts as advertising? Lawyer Fabian Reinholz predicts that other such processes will follow in the future:

"There is also an obligation to label surreptitious advertising in works of art such as pop or rap songs. Labeling would have to take place specifically in the song. Clearly. Legally, that would even be absolutely necessary. Influencer marketing has been treated as a petty offense for years - that is changing in the courtrooms drastic. "