Anyone else using Nokia phones

During the great mobile phone boom, when Nokia was the undisputed market leader in technology and sales worldwide, some Nokia phones saw the light of day that were considered more or less "perfect" by business and private customers at the time . We are talking about the Nokia 6210, 6310 and 6310i models, which were so popular with some business customers because of their reliability that dealers kept separate stocks of these models and their spare parts in order to be able to supply enthusiastic customers with them after the end of the sale.

But what was it that made this series of cell phones so attractive? It was certainly not a spectacular design, the 6000 series at Nokia mainly consisted of classic bar phones. Revolutionary features? Only in part, as we'll see in this retro review. Ultimately, it was the symbiosis of reliability and function that made this series popular even at the beginning of the smartphone age.

In May 2001, almost 15 years ago, we received a Nokia 6210 as the successor to the Nokia 6110 (retro test here) as part of a Mannesmann D2 contract extension for an additional payment of 200 DM (around 100 euros). The cell phone, which we supplemented with useful accessories at the time, still works today, which is why we take a closer look at it in our retro test series. 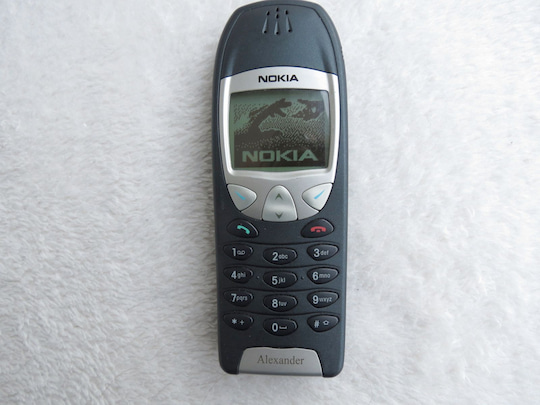 Nokia logo when the phone is switched on
Image: teltarif.de / Alexander Kuch

Almost filigree design - with weaknesses in the display

As I said, the Nokia 6210 did not have a revolutionary design for its time. Compared to the Nokia 6110 we had previously used, it was visibly slimmer and looked very filigree with its slightly curved housing. Our model is black, but Nokia has designed the front in various glittering colors. We decided on the blue-metallic-colored model that shimmers nobly in the sun. The sister models were also available in gold and silver. The cell phone measures 129.5 by 47.3 by 18.8 millimeters and weighs only 114 grams. The time of the "heavy chunks" among cell phones was finally over. 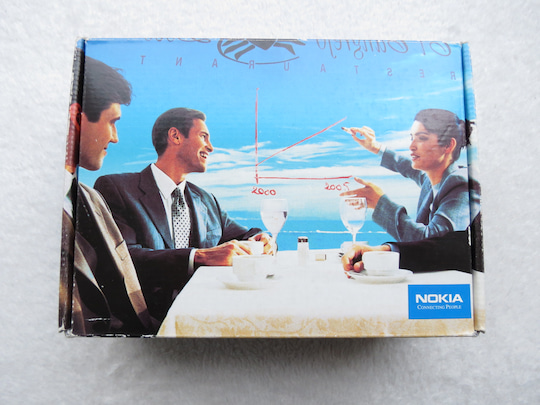 The packaging of the Nokia 6210
Image: teltarif.de / Alexander Kuch For design fans, Nokia had come up with a small personalization option for the 6210, and that was the silver-colored, exchangeable plastic clip below the keyboard, which was otherwise of no practical use. Buyers could order another model of this clip from Nokia and have their name or logo printed on it. With just one grip, the user could change the clip himself and thus at least rudimentarily show his individuality in public.

To this day, the Nokia 6210 is a very stable mobile phone in terms of its casing, which has hardly shown any signs of wear and tear even after several years. The display was prone to scratches and not very stable either. While we were gardening, we carried the cell phone in our belt pouch when a heavy object hit it - the display was splintered and needed to be replaced. Even the battery sometimes had a bit of play after many changes. Those were the few weak points of the Nokia 6210. 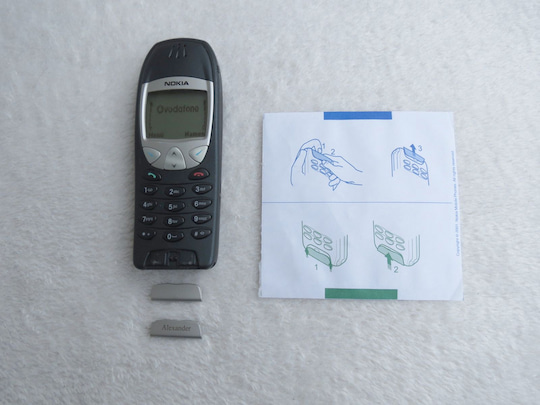 In addition to the number and receiver buttons, the mobile phone had, as is typical for Nokia, two menu buttons under the display. Nokia had built in two rocker buttons for menu navigation, which - like all the other buttons - still work after 15 years. The Nokia shop connector and docking port are located on the lower narrow side. The side of the housing has recesses for better fixation of the mobile phone in a car hands-free system. 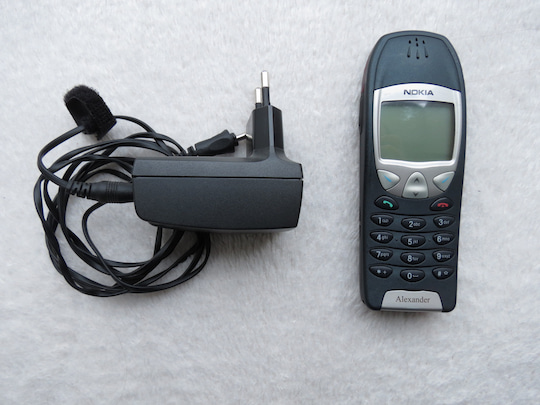 Nokia 6210 with power adapter
Image: teltarif.de / Alexander Kuch The volume rocker is on the left narrow side, the power button, which protrudes only slightly, is on the upper narrow side. These controls still work on our device. The cell phone could also communicate wirelessly with other cell phones or with laptops. There is also an infrared interface on the upper narrow side, because Bluetooth was not yet widely available. At that time, some laptops had a built-in IrDA infrared interface for data transfer to cell phones, otherwise this could also be retrofitted externally using a dongle. 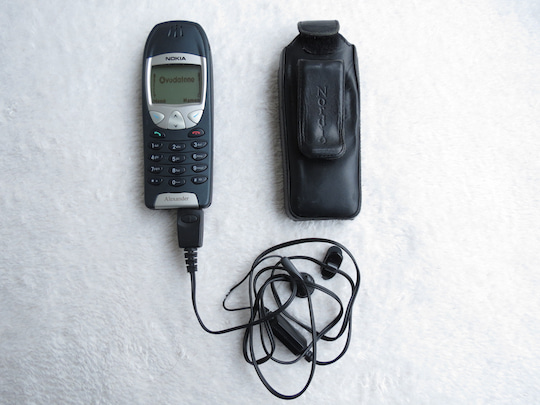 Optional accessories: headset and leather case
Image: teltarif.de / Alexander Kuch On the back of the Nokia 6210 there is an antenna connector behind a rubber cover. This was particularly important in the car in order to be able to connect the cell phone to a roof antenna, because cell phone reception in a moving car was still very fragile at that time. Incidentally, the integrated antenna of the 6210 is completely housed within the housing - a stub antenna was no longer necessary. Compared to the Nokia 6110, the manufacturer has significantly improved the insertion of the SIM card: the 6210 no longer had a fiddly plastic flap that could easily break off. With the Nokia 6210, the mini SIM is placed on the SIM contact and a metal catch is pulled over it - done.

In terms of accessories, we acquired a wired headset via the Mannesmann D2 bonus program, which had a call acceptance button and had to be connected to the docking port. This connection proved to be prone to interference in practice, which is why Nokia later replaced this solution with jack sockets. In addition to the belt pouch already mentioned, we were interested in the Nokia 6210's internet capability and purchased a data cable with a serial connection and a Nokia PC Suite for around 60 DM (around 30 euros).

Now it's getting exciting: On the following page we take a look at the functions that made the cell phone so popular back then. We also show how you could "surf" via HSCSD and WAP and how the Nokia 6210 became a data modem.