Will the Taiwanese celebrate the Spring Festival?

Richard has been working in the east Chinese metropolis of Shanghai for years. As in previous years, the native Taiwanese wants to celebrate the Spring Festival with the extended family in Taiwan. At the end of January, however, he was surprised by a message from the Chinese airline China Eastern Airlinesthat his flight would not take place. The reason: the authorities in Taiwan had still not granted the request for additional charter flights two weeks before the planned departure.

The dispute was triggered by the discussion about the new flight route M503. As early as 2007, China was planning a new route between mainland China and Taiwan as part of the International Civil Aviation Organization ICAO. The only existing air corridor, the A470, is fully utilized with 1200 flight movements per day.

In the same year, the ICAO approved the new route with the code M503 and the connecting routes W121, W122 and W123 for flights between Xiamen, Fuzhou and Dongshan on the Chinese mainland and Taiwan. But the problem with this is that route M503 runs almost parallel to the center line of the Taiwan Strait. In places it runs only 7.8 kilometers west of the center line. The Taiwanese Air Force is also holding military exercises in the adjacent flight areas. After protests by China-critical President Chen Shui-bian, who was then in office in Taiwan, route M503 was never used until 2015. 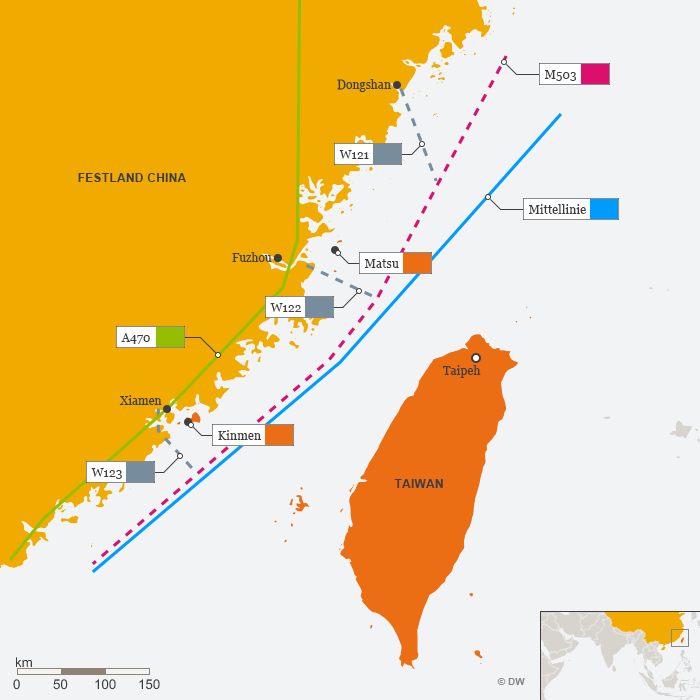 Compromise, but not agreement

Since 2015, the China-friendly Kuomintang (KMT) ruled Taiwan again under President Ma Ying-jeou. China and Taiwan reached a compromise that only flight movements from north to south would be allowed on route M503 and that the route would be moved ten kilometers to the west, towards mainland China. The three connecting routes were not used at that time.

On March 29, 2015, the first flight from Shanghai to Hong Kong took place on route M503, which is now used up to 200 times a day - mainly for international flight connections.

At the beginning of January 2018, China unilaterally announced that it would also approve the flight route for flights from the south to the north. Taiwan called for talks, China refused. "The flight route runs exclusively through Chinese airspace," said Ma Xiaoguang, spokesman for the Chinese Office for Taiwan Affairs, "coordination with Taiwan is not necessary".

The Taiwanese civil aviation authority then wrote to the airlines concerned, telling them not to use the M503 route. The international airlines suspended their flights on the controversial route, while two Chinese airlines ignored Taiwan's request. Next China Eastern also took advantage of the regional Xiamen Airlines the W122 link without coordination with Taiwan. 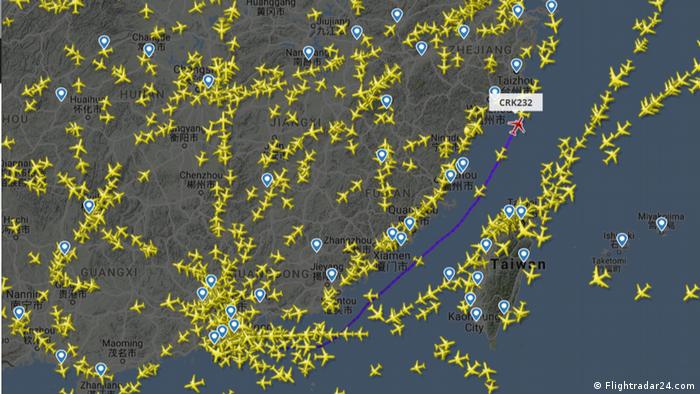 On Thursday, a plane flew north on the controversial route M503

As a result, Taiwan put Chinese airlines' requests for additional charter flights for the Spring Festival, which begins on February 16, on the back burner. On January 30, the airlines announced that they would no longer wait for the decision from Taiwan and would cancel a total of 176 charter flights for the Spring Festival. 50,000 passengers are affected.

Taiwan's Ministry of Transport did not rule out the use of military aircraft to fly the stranded compatriots from the Taiwan-controlled island of Kinmen, which is only a few kilometers from the communist-controlled mainland, to the main island. A spokesman for the aviation authority even hinted that the mainland airlines could be deprived of their flight rights.

Swim from China to Taiwan?

The Association of Taiwanese Entrepreneurs in the People's Republic is critical of the overheated debate. "The government in Taipei should simply tell us: Unfortunately, you have to take a life preserver and swim home for the Spring Festival!" Scolded the association chairman Lee Cheng-hung. The Taiwanese on the mainland who want to travel to their families would be turned into a plaything of politics.

The procedure of the Taiwanese government is also discussed controversially in the island republic. "Those who suffer are our entrepreneurs" or "The aviation authority gambled away", writes one parliamentary group on the Internet. "Why is the provocation by China not criticized, but our own government against it?" "We should stop direct flights!" Writes the other parliamentary group. 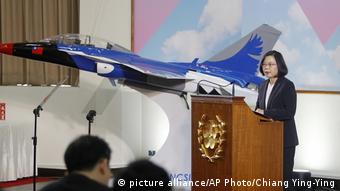 Regular direct flights between China and Taiwan could only be started in 2009. Before that, passengers had to change trains at a third location, usually Hong Kong or Macau. China sees Taiwan as a breakaway province.

In 2016, the China-critical Democratic Progressive Party (DPP) won the presidential and parliamentary elections. President Tsai Ing-wen distanced herself from Beijing. It wants to adhere to the status quo, but has nothing to do with the so-called "1992 consensus". Representatives from Beijing and Taipei agreed on the "one China principle" 26 years ago. However, Beijing understands this as the "People's Republic of China", while Taipei means the "Republic of China".

China is straining relations with staged incidents and bringing uncertainties into relations, believes political scientist Tong Li-wen from the Taiwan think tank, who is also a member of the DPP. It should be noted, however, that the airlines themselves withdrew the applications.

Sun Kuo-hsiang from the National Chung Hsing University in Taichung believes that President Tsai must formulate her China policy more clearly. It is just too optimistic to assume that Beijing will negotiate towards Tsai's government.

China has been trying for a long time to ignore the center line as a de facto border in the Taiwan Strait in order to come closer to reunification. And the discussion about flight route M503 is a "steep template" for this.

Richard's family was lucky, however. She was able to snag a flight with a layover in Macau in time. However, with a stay of eight hours.