Abuse can happen in animal forums 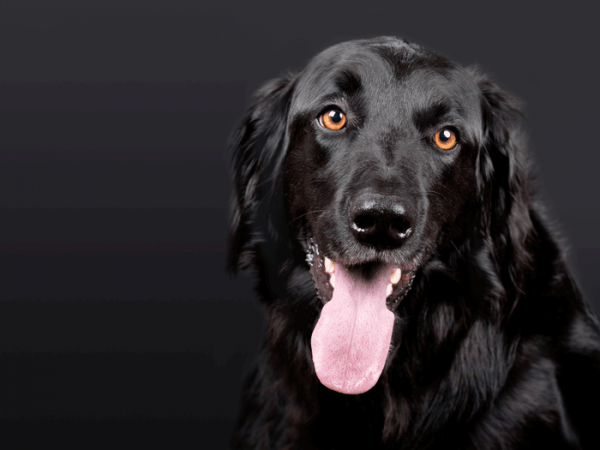 The liver is an important organ - in dogs as well as humans. General health quickly deteriorates when the liver is affected by a disease. There are congenital liver diseases, but these can also be triggered by viruses or bacteria. Other types of disease are cancers in which both the tumor itself and metastases from other organs can be found in the liver. If the liver does not function properly, the dog's metabolism is disturbed - up to life-threatening proportions. Many diseases of the liver can be cured - however, cirrhosis of the liver, for example, is not reversible. Still other diseases have a chronic course, but with a medication they can still make a long and almost symptom-free life for the dog possible.

From a purely visual point of view, the dog's liver looks like it does in other mammals, such as pigs - or humans. The size of the organ depends on the size of the dog; in a fully grown, healthy dog ​​of a large breed, the organ weighs a maximum of around 1500 grams, and of course less in small breeds.

Functions of the liver in the body

In addition to the kidneys, the liver plays an important role in detoxifying the body. A filtering and thus a cleaning of the blood is implemented in this organ. In addition, it is responsible for regulating various metabolisms in the body. It is used by the organism to convert certain substances, store them and, if necessary, also release them. Some of these vital substances are fats, carbohydrates, vitamins, trace elements and also hormones. If the liver function is impaired, digestion, the entire metabolism and detoxification do not function properly. As a result, clear signs of the disease appear quickly, but they do not always indicate a liver disease.

The causes of liver disease in dogs

The most common liver disease is inflammation of the liver. The medical term for this multifaceted disease is hepatitis. The trigger is often not immediately clear - different viruses, fungi and bacteria are known pathogens which, among others, also attack the liver and cause an infection there. Liver damage can also be caused by drugs and chemicals.

The liver's natural filtering function is disturbed when the blood vessels do not properly flow into and out of the organ. The liver cannot do its job properly, and natural detoxification does not take place or takes place only to a limited extent. This is a congenital liver disease, even though the organ itself would be fine and “only” the blood vessels around are afflicted with a malformation.

Liver cancer also occurs in dogs - here the cancer affects the organ itself. The physical effects of metastases with cancer in other parts of the body are similar. Incidentally, humans can also be the direct cause of liver disease in dogs: those dog owners who mistake love for feeding cause obesity and thus, in the long term, fatty liver in the animal. The fatty deposits in the liver cause tissue damage which, like any other disease mentioned here, can affect the functioning of the liver.

Incidentally, various causes also lead to a very permanent liver disease: cirrhosis of the liver, which is known in humans, for example after years of abuse of alcohol. This disease is incurable and in the medium term, but inexorably, leads to the death of the animal.

In principle, the liver is one of the organs in the body with the highest potential for regeneration, which means that even after serious illnesses, a complete recovery or a life without major impairment is often still possible. Unfortunately, there are also diseases that become chronic, i.e. lifelong, and incurable diseases, such as advanced liver cancer or cirrhosis.

The disease known in specialist books as copper toxicosis can affect not only humans (see "Wilson's disease"), but also dogs. This disease means nothing else than its name suggests. The body stores copper, which causes damage to liver cells. The consequence is damage to the brain and other organs if the disease is not recognized in time. The storage of copper can be counteracted by medication. If the disease remains undetected, it leads to life-threatening inflammation of the liver and liver failure, which in dogs is synonymous with death. In humans, there is little hope of finding a suitable organ donor quickly - the transplant will then also eliminate Wilson's disease, as the new liver usually regulates the excretion of copper perfectly. In humans, one in about 30,000 suffers from copper storage disease. In dogs, there is a hereditary predisposition to some terriers.

Signs of liver disease in the dog

If the dog shows signs of liver disease, the veterinarian does not immediately see a red flag saying "Liver sick". Rather, the veterinarian has to test for other diseases after the elimination process and make specific examinations in order to make the diagnosis. Blood tests, x-rays, and ultrasound can also help diagnose liver disease. The first signs can be based on many different diseases, which can be ruled out by the way. The dog is tired, unmotivated and does not have a particularly large appetite. In addition, there is diarrhea and vomiting. Accompanied by fever, these symptoms quickly lead to noticeable weight loss. In the advanced stages of liver disease, jaundice occurs (warning signs: the whites of the eyes turn yellow) and the abdomen appears bloated.

Treatment of liver disease in the dog

If it is a treatable liver disease, the cause must first be combated. The inflammation has to subside, the pathogens have to be eradicated. The doctor, who can also make the prognosis, decides on the type and extent of treatment, how far the dog's liver has already been damaged and what its chances of survival are. The veterinarian also knows how to feed the dog during this time and which medication he may or may not take in the case of impaired liver function. Do not attempt to use home remedies yourself - they almost always mean certain death for the animal. At the same time or at a short distance from the start of therapy to combat the causes, the metabolism must also be put back in order and the body detoxified. If damage to the liver remains, the dog may have to receive special food for a lifetime. For the time of treatment and recovery, the vet recommends what can and cannot be in the bowl anyway.

Dogs with a hereditary predisposition should often have their liver values ​​examined in a laboratory. If the values ​​are ok, the dog is healthy and the owner reassured.

Chemicals and poisons often cause lasting damage to the liver. The only way to avoid contact with such substances is to be vigilant within your own four walls and to be in control of the outlet. If the dog falls ill with another disease that does not affect the liver, medication can possibly damage the liver as a side effect. The veterinarian, who weighs the prescription in terms of benefit and risk, is also aware of this.

The last and expressly in human hands prophylaxis against liver disease is to feed the dog. If the dog is nourished calorie-consciously with animal-friendly food and if he moves enough, fatty liver and its consequences are hardly an issue.

Canine cancers affecting the liver can be treated with chemotherapy. The prospect of a cure is difficult, but not without hope. The sooner the disease is diagnosed, the greater the chance.