What is the evolutionary benefit of bullying 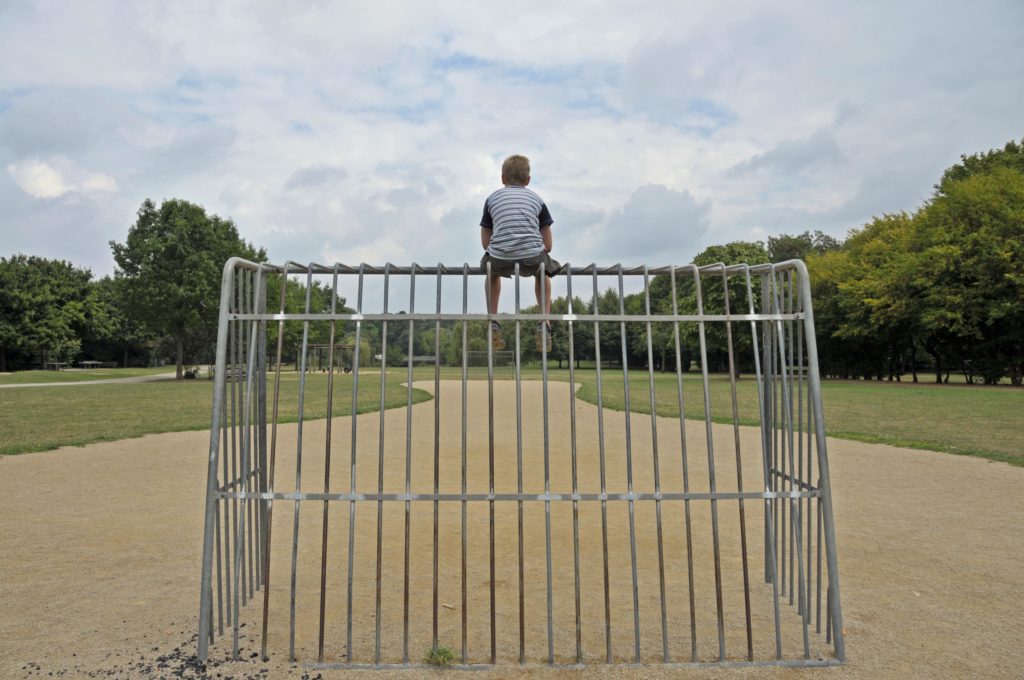 © Picture Alliance Alone on the football field: Not only is a ball missing here, but above all a friend.

In Berlin, an eleven-year-old girl died as a result of her suicide attempt. The exact background is still unclear, but it is said that the girl felt bullied by schoolmates. You don't have to have children of your own to be utterly appalled by this news.

Fortunately, one rarely reads that it leads to such a catastrophe, but unfortunately there is hardly a school in which bullying of some kind does not take place on a daily basis. I experienced it myself what felt like an eternity ago. Just as there is the class clown and the swarm of boys or girls in every class, there is also the nerd, and that was me. I got good grades, so I was an enemy - except when it came to copying homework, I was obviously okay. Almost every time we got a test back or when I spoke up in class, there were sayings and whispers. To make matters worse, I was never able to follow the fashion trends that were there at the time. I remember how in the sixth or seventh grade in the clique of cool girls one after the other showed up wearing the same pants: yellow with green checks. Of course I didn't get these pants, I didn't even wear them because they were ugly and they were expensive. But most of all, she visually divided the girls in the class into those who belonged - and those who didn't.

Sometimes it hurt more, sometimes less, to be an outsider. It got better in high school and I became more confident, but I've never forgotten the feeling. At that time there was of course no Facebook for showing off, Instagram for the beauty contest or Whatsapp for convenient virtual dissing. So I wonder how today's geek and uncool must fare. And I get scared when I think about the fact that my older son will start school in two and a half years at the latest. As parents, we have little influence on how he fits into this new social environment, in which "drawer" he ends up. We could campaign for him to come to a class with his daycare buddies so that he has a circle of confidants around him. Theoretically, we could organize the most spectacular children's birthdays for him and buy the hottest things so that he is always up-to-date (in practice, I absolutely hate that) - in short: try to do everything so that he does not become a victim. But who knows if that's enough? The social dynamics within a group are unpredictable, and if it's not the “wrong” outfit or the “wrong” smartphone, then the supposedly stronger ones look for something else for which they can tease the supposedly weaker ones.

The worry that their children are counted among the weaker ones and have to endure mean things from schoolmates is probably familiar to a great many parents. But what is often forgotten: It can also turn out the other way around. What if your own children are the ones who feel like the stronger and tease others? Can we put our hands on the fire to prevent our children from becoming perpetrators?

My big son Ben is four years old and has a small "gang" in our mixed-age daycare center made up of children of similar age, mostly boys, who often crack the drum together, but seldom deal with gross nonsense. One day I was shocked to learn that a boy named Leo, who is three and a half years old and a little younger than the rest, is sometimes excluded within this group - including my son Ben. Leo is then suddenly no longer allowed to play. When I asked what one could do there, the teacher said: nothing at first. Conflicts within a group are normal, especially when playing, and the children have to learn to solve them a little on their own. She herself would only intervene if only the same child ever got under the wheels, but in her opinion that was not the case. I was reassured for now. A short time later, I saw Leo sitting alone and crying in the grass on the playground of my son's children's birthday party, while the other children laughed and ran behind a polystyrene glider. Apparently Leo had wanted to hold or throw him once too, but somehow the others had pushed him away. His mother apparently already knew similar scenes, consoled him and the matter was quickly forgotten, but I was very uncomfortable.

Not being allowed to play along or left standing - only very few children of this age are likely to experience trauma for life, and my son and the other children here have certainly not engaged in any conscious, systematic bullying. In this respect, there is certainly no need to panic. But it starts somewhere, with the formation of groups, with the exclusion of others. And I realized: It is just not automatic that your own child always belongs to the “good guys”, ie to those who have to be defended against the meanness of others (apart from the fact that this only works to a limited extent anyway). It's not always just the others. Not “the classmates who started”. Not "the teachers who did nothing about it". First and foremost, we parents are in demand. We have to be careful that the (desirable) self-confidence of our children does not turn into arrogance and strength not into arrogance. Hopefully we will notice this in time and can prevent it from happening. How does it work in practice? No idea. We can only try to make it clear to Ben that neither grades nor pants say anything about the worth of people and that other children should be considered. We have to hope that there are some among his schoolmates who also learn it that way and among the teachers there are those who also teach it that way. And above all, that he never has to choose between being a victim and a perpetrator.